First They Came For Charlie Gard…

Proving just how much British healthcare is hell bent on killing the young, British doctors and courts are refusing to allow young Alfie Evans to be moved to an Italian hospital that has already agreed to provide long term care, all this despite the source of the problem haven’t being ascertained yet.

The British want this child dead, and so dead he shall be.

Wesley J. Smith, over at the National Review, notes this does not meet the criteria for what we were promised to be euthanasia, either active or passive: 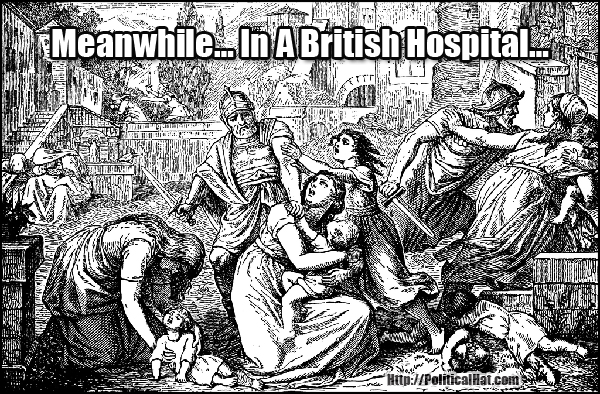 Further, the consequences are truly terrifying:

As for now, alas, the culture of death is winning.

This entry was posted in Healthcare, Progressives and tagged Europe, Leviathan, RIP. Bookmark the permalink.

7 Responses to First They Came For Charlie Gard…