Inalienable rights are termed “negative rights” because to exist, there is only a “negative duty” of others to not infringe them; “positive rights” require that others be compelled to provide a “positive duty”, potentially against their will. The former is a protection of one’s liberty; the later a negation.

All one has to do to enjoy a “negative right” to act freely. While defending that right may require civil obligations of others, such obligations are not necessary to, per se, effect it. “Positive rights”, such as a “right to education”, however, unless one personally forces others to act, requires a largess from the state (or state equivalent).

Ultimately, “positive rights” aren’t because that dependency on the largess of others is limited by what those others can, or choose to, provide. Thus, you have no actual right beyond someone else’s choice to provide anything at all. Case in point: The “right” to healthcare.

In the United Kingdom, people have a right to be in a healthcare system, but don’t have an actual right to said healthcare, but only to what the state via the National Healthcare System (NHS) chooses to allow them; any right that is dependant on the whims of others is not a real right. This can be clearly seen with the NHS ordering hospitals to cancel all routine operations, up to 50,000 in total. If the British really had a “right to healthcare” then those operations could not be cancelled for to do so would mean violating their rights. Yet that is exactly what has happened, thus elegantly disproving that there is such a thing as a “right to healthcare” in the U.K. 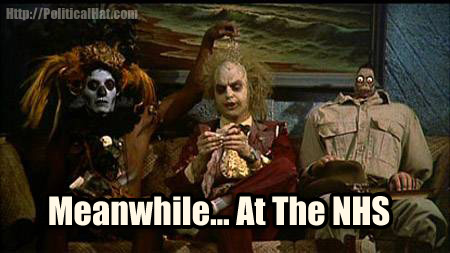 The “right” to healthcare is dependent on not just the willingness of the state to provide, but also its capacity. Unlike an inalienable or natural “negative” right, just because you are said to have a right doesn’t mean you will be able to compel the “positive duty” when there is no one available to perform said “duty”. Oh, you may still have a “right to healthcare” when forced into a nationalized system de jure, but de facto this can be flipped into not only denying actual healthcare—such as with rationing of services, medicines, &c. effectively denying this “right”—but even proactively banning any actual right to healthcare, even when said healthcare is provided privately by purchase or even by volunteering of others, as was the case with Charlie Gard.

Rather than freedom, liberty, and exercise of an inalienable right, such “positive rights” negate actual rights by making people dependant on the whims and prejudices of others, often in an arbitrary and capricious way (if one is lucky).

One Response to Free Healthcare Is Neither Free Nor Healthcare