A pastor in Virginia, Steve Harrelson, is being ordered to testify and hand over all papers that “mention, concern, record, or otherwise relate to Islam,” relating to a lawsuit over a permit denial involving a proposed Mosque. What did the pastor do to provoke the Justice Department to go so far as to demand all his private papers involving his views of Islam be handed over?

“Harrelson is not a party to any lawsuit or other action brought by the Justice Department. He is a private citizen. The Justice Department subpoena also demands that the pastor bring any papers or documents that he has to his deposition with government lawyers that relate to or mention Islam and turn them over to the government.

“In addition to Harrelson, other Christian third-party private citizens have also been subpoenaed to reveal under oath their views on Islam and to deliver any documents they possess related to Islam to federal attorneys.”

How is this not a blatant violation of the 4th Amendment, which states, in part that “the right of the people to be secure in their persons, houses, papers, and effects, against unreasonable searches and seizures, shall not be violated.” 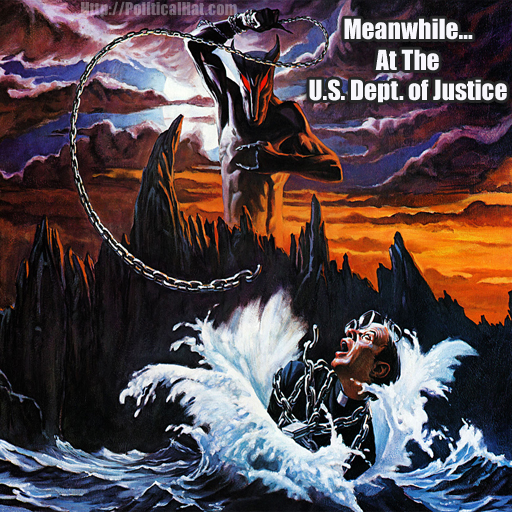 Remember, this was for all papers, and not just to documents which might have some impact the specific case in question.

What is further of concern, is that the Mosque has already “settled all claims with the county” that originally denied the permit!

Is this just an excuse to attack “X-tian” thoughtcriminals? Apparently so:

“Federal law prohibits discrimination in zoning practices against religions. During the Obama administration, a radical new argument was pressed by DOJ lawyers: that zoning boards can be saddled with any ‘naked animus or resistance from the community.’ In other words, if some people don’t want a mosque in the community, then any zoning decision against the mosque must be because of citizen opposition. It’s the everyone-is-racist if anyone-is-racist theory advanced by academia and others.”

In other words, since society is axiomatically considered bigoted against non-Christians, than anything done by anyone in that society, who happen to be Christian, is presumed to be motivated by animus and “H8”.

That is to say, guilty even if proven innocent. Because of some mystical miasma of malfeasance or something…