Neo-Nazis, White Supremacists, White Identitarians—they are all in the news lately feeling empowered to be outspoken over the mistaken idea that Donald Trump’s victory last November, despite the fact that he has unequivocally condemned them, means they can put þe olde “will to power” an immanentize their aryan eschaton.

The standard Leftist trope is that these outspoken racists somehow control institutional power and privilege, with AntiFa and BAMN (By Any Means Necissary) being merely but oppressed wastrels raising up against their oppressors. As with most things the Left believes, this is a load of flaming horse pucky.

The truth of the matter is that while these Neo-Nazis, White Supremacists, White Identitarians have long existed, they had long ago been driven into the shadows to be shunned by society, and rightly so. But the Left needed their boogie-man, and one way or another they were going to get the enemy that justifies everything they think and do. 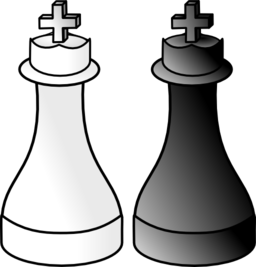 The Progressive Left, in particular those who believe in “direct action” have grown increasingly empowered and emboldened. Their fellow-goers have taken over the institution via the Gramscian March. AntiFa and BAMN do not get away with their violence because they are bold; they act boldly because they can get away with the violence, either by explicit leeway, or kabuki arrests that don’t even get prosecuted.

More and more people are seeing them for what they are, and the brazenness of their actions. Some of these people, incorrectly, assume that AntiFa, BAMN, and others get away with it because they are being bold, and not because AntiFa, BAMN, et al. in positions of privilege and power. Because of this misassumption, an increasing number of some people become angry that no one seems to be standing up and fighting back, let alone winning. Since the Left have framed everything in terms of identity politics with racial hyperconsciousness, most clearly as a question of morally pure non-Whites vs. always-deemed racist Whites, we have gotten to the point where some Whites are agreeing with the dichotomy, but hold an antithetical position as to who is the oppressor and who is the oppressed.

After being called innately racist, despite having no racist thoughts or having done anything that is actually racist, and being called “privileged” when they can see no privilege for themselves, many White individuals become resentful against the unwarrented attacks. After awhile they begin to ponder that if they are “racist” and no different from a neo-Nazi, then perhaps those other groups are as innocuous as they are, if not even virtuous by their being in opposition to the anti-White Progressives.

Thus, the Left have caused the modern incarnation of White Supremacy to not only spring back forth into the light, but to justify White Supremacists and positions beliefs (in the eyes of some) by their own racially based rhetoric and hatred of the “other” as drawn along a White/non-White dividing line. Worse yet, there are many more who are willing to ignore and even excuse such beliefs simply because their Leftist counterparts have been demonstratedly worse, and more manifest a threat.

Where did the new White Supremacists learn all this? Much like the infamous anti-drug commercial, they learned it from you, o Progressive race-obsessed thugs!

Those milk-chugging self-parodies are simply the other side of the coin, abet one that is a political spectrum that is orthogonal to our civic heritage.

David Marucs, over at The Federalist, provides further observations in this vein:

“Progressive rhetoric on race has turned an ugly corner and the existence of “anti-white” attitudes can no longer be ignored.

“In the past year, all of the following headlines have appeared, in well-read publications:

Yet again, we can see how racial resentment of White individuals stems from the poison fruit of the Progressive tree:

“[Peggy McIntosh’s …] 1988 essay ‘Unpacking The Invisible Knapsack’ formed the foundation of privilege theory. The essay is mostly a list of ways in which white people receive better treatment in society. The MCWC describes McIntosh’s theory as a synecdoche because it has come to define the totality of education’s anti-racism efforts. It is meant to be the magic pill that clarifies things and sets us on the right course once consumed.

“They found that many disadvantaged white students reject the notion of their grand privileges and resented the key confessional component of white privilege education. One case study involved an education student named John, from a small, non-diverse town. In his final essay for the class John explained his reaction to McIntosh: ‘I got the feeling from it that it was more about trying to make white males feel guilty for things they most likely had no control over. Being a white male I got a little worked up about the whole list since I don’t feel like I have anything to apologize for.’

“This brings us back to John. What got him ‘worked up’ about privilege theory was not that he’d have to compete for jobs with minorities. He was upset at having to confess guilt for events he had no control over. Many whites feel this way. Moreover, many resent the pedagogical transformations that their history and culture are undergoing. White historical figures once held in too high esteem have swung the other way into utter disrepute. Also, the histories of no other peoples are being held to these lofty standards.

“Mohandas Gandhi’s racism, the Black Panthers’ vicious murders, and Santa Anna’s barbarism are understood within the context of their positive contributions. Increasingly, white Americans perceive that Columbus, Jefferson, Jackson, and many other core white historical figures are consistently brought down a peg in order to decentralize whiteness in history. This assault on their history has a deeper impact than many on the Left are aware of, or willing to admit.”

And, yet again, we can see how good and decent folk, when declared to be the enemy of the Progressives’, can convince White individuals that they are in opposition, and while some Whites with actual individual privilege may attempt to shrive for their unshrivable sin, just as many, if not more, will agree with such manichean opposition, and act accordingly to their tribal and racial interests… just like the race-identity obsessed Left taught them.

This entry was posted in Progressives, Uncategorized and tagged DOOM, FAIL, Social Justice. Bookmark the permalink.