A small number of tech companies hold a monopoly on þe olde internet superhighway, with the various top-dog companies controlling different niches in the broader yet increasingly intellectually narrowed world of social media. 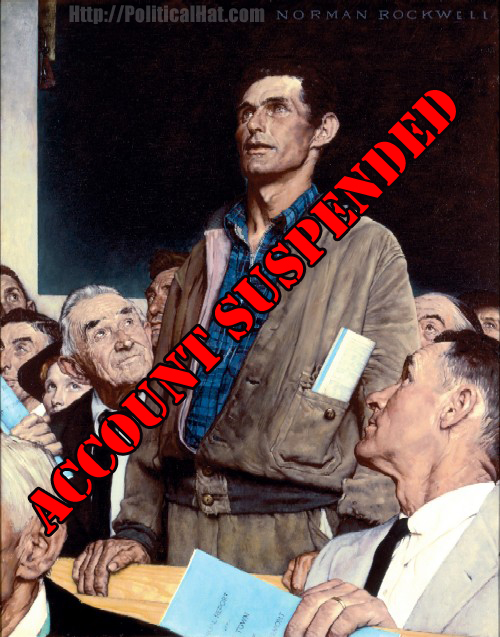 A handful of companies now have the power to not only silence you, but send knowledge of your existence down þe olde memory hole, for doing nothing more than petty intolerance by these ego-bloated oligarchs.

Street artist “Sabo” has been purged from Facebook for telling Facebook founder Mark Zuckerberg to take a flying leap:

“‘F*ck Zuck 2020’ posters, the symbol after the ‘F’ being a middle finger, were hung in various California cities.

The work of a conservative street artist known for skewering the liberal politics of celebrities and corporations has been deemed ‘hate speech’ by Facebook, which shut his page down on Sunday.

” All of it is politically incorrect, Sabo freely acknowledges, but not ‘hate’ worthy of censorship.”

This is not limited to Facebook, but on other platforms such as Twitter and YouTube. For example, while pretending to be neutral and applying standards equally, the Rageholic himself, Razörfist, aptly demonstrates that sites like YouTube are outright running blacklists for thought-criminals:

When that isn’t enough to just hide and punish these thought-criminals, they will be outright purged like with Sabo, or what Twitter has been doing to a variety of individuals such as R. Stacy McCain, Milo Yiannopoulos, and Sargon of Akkad, as the later warns:

This is why it is so important to not rely on just one, or even a handful of platforms, for one’s online presence as a vehicle to communicate with others. This is especially true with developing open-source alternatives such as GNU social in lieu of Twitter. Additional alternatives can be found at Prism Break, with many highlighted below:

Don’t let antagonistic overlords of Silicon Valley control you like they were the Control Voice from The Outer Limits!

This entry was posted in Progressives and tagged censorship, DOOM, Leviathan, Social Justice. Bookmark the permalink.

One Response to Gatekeepers Gonna Gatekeep