The Nevada Legislature is considering SB261, that lets doctors proscribe death as an acceptable medical treatment:

“Senate Bill 261, introduced by Sen. David Parks, D-Las Vegas, allows a patient over 18 years old to request life-ending drugs if their conditions are terminal and likely to result in death within six months. At least two doctors would have to verify the diagnosis.

“The patient must be a Nevada resident and mentally competent to make the life-ending decision. It would also require the patient be able to self-administer the drugs.” 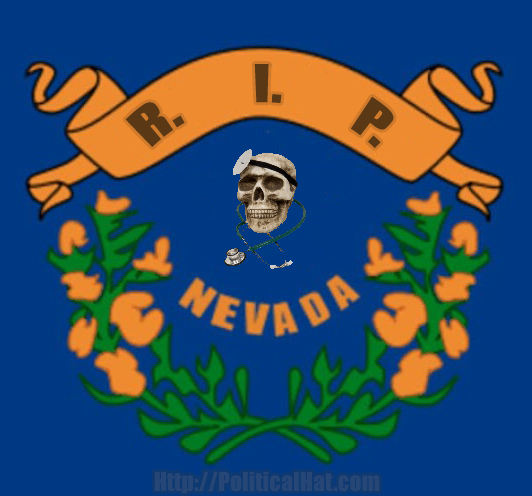 Many a year ago, the Netherlands legalized euthanasia, with the stern promise that only rational adults with scant months to live would be allowed to “die with dignity,” with claims that this would lead to doctors killing off patients without the patients consent declared to be a “slippery slope fallacy.”

That slippery slope has turned out to be not so fallacious after all. Netherlands, as well as Belgium and many other European countries, have tossed aside that promise to revel in the fait acompli of slaughtered children, harvesting organs for the mentally ill (and perhaps from the still living), and even forcibly killing people as they pleaded that they want to live, not to mention the underreporting of dead babies and other innocents.

Even in the United States, in states that have legalized it, patients are being pushed to kill themselves by offering to pay for the death drugs while denying life-saving treatments.

So spare us the falsity of a hollow promise, o denizens of the legislature!

SB261 is gambling with the people’s lives, and it might just end up snake eyes for you.

The bill as introduced:

SB261 by ThePoliticalHat on Scribd

This entry was posted in Healthcare, Progressives and tagged me, Nevada, NVGov, NVLeg, RIP. Bookmark the permalink.