Pediatricians to the Netherlands: Let Us Kill Children 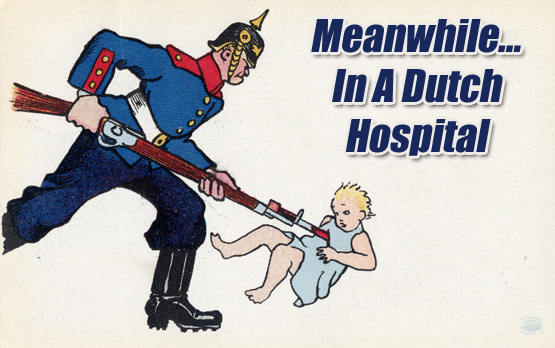 “The Netherlands is one of few countries in the world where euthanasia is permitted for terminally ill patients.

“But the Dutch Paediatric Association said that existing laws do not go far enough and called for an age limit to be scrapped.

“Under current laws, only those aged 12 and over can ask to die. ‘We feel that an arbitrary age limit such as 12 should be changed,’ said Eduard Verhagen, professor of paediatrics at Groningen University, and a member of the association’s ethics committee.”

Children can not consent to a myriad number of things, yet they are expected to be able to make a sane and sober minded life and death decision… even if they are a toddler?

While a parent or guardian can make decisions over their children’s life, the extinguishing of a person’s life ought not to be transferable or assumable by anyone.

This entry was posted in Progressives, Uncategorized and tagged Europe, RIP. Bookmark the permalink.

3 Responses to Pediatricians to the Netherlands: Let Us Kill Children