Belgium has finally legalized the killing of children of any age, in the name of “euthanasia”.  The medically assisted homicide of children has no lower age limit — toddler can choose to kill him or herself under this legislation!  One man in the gallery of the Belgian parliament even shouted “murderers” when the passage of the bill was announced. 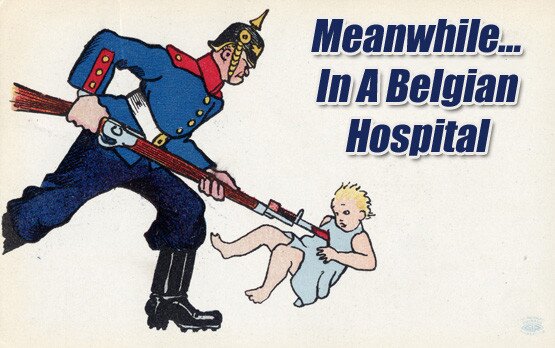 This is highly problematic because a young child, even more to than a teenager, is not capable of giving consent.  They can not vote, drink, smoke, &c., yet toddlers are deemed mature enough to decide whether they live or die.  There is a stipulation that the parents must agree, but this is even more problematic as this would allow a parent who doesn’t want to be “burdened” by a handicapped child to trick the child into saying they want to die — In effect, it means that post-birth abortions are legal in Belgium.  While euthanasia under the law is only supposed to apply to terminally ill children or those in constant pain, this restriction has already been scrapped for adults, who can be killed because they are going blind or because of “terminal” ennui.  In effect:

“Children and those suffering from dementia are not capable of giving consent.  The sob stories of adults in full control of their mental faculties wishing for a “dignified” death was but the foot in the door for normalization of homicide as a legitimate medical procedure.”

This entry was posted in Healthcare, Progressives and tagged DOOM, Europe. Bookmark the permalink.