The Enwokening of White People

Posted on December 5, 2016 by The Political Hat

With the alienation of the vast majority of White people from the Democrat party, some on the Left are trying out how to get White voters back. John McWhorter tries to do this—not by acknowledging that playing identity politics results in the other side doing the same—but by hiding the contempt the racialist Left has for White people so as to no scare them off. Right off the bad, McWhorter declares that most White people are too stupid to “get it”:

“The simple fact is that a core constituency of white people just aren’t going to ‘get it’ the way the left wants them to. This is the case, for example, on race.

“The left wants white America to see itself as profoundly culpable, as the bad guy in the drama. For many black people, for instance, the very definition of black identity is enduring racist dismissal from whites. To claim that any other particular trait is ‘black’ is considered stereotyping, as we are to see black people as endlessly diverse.” 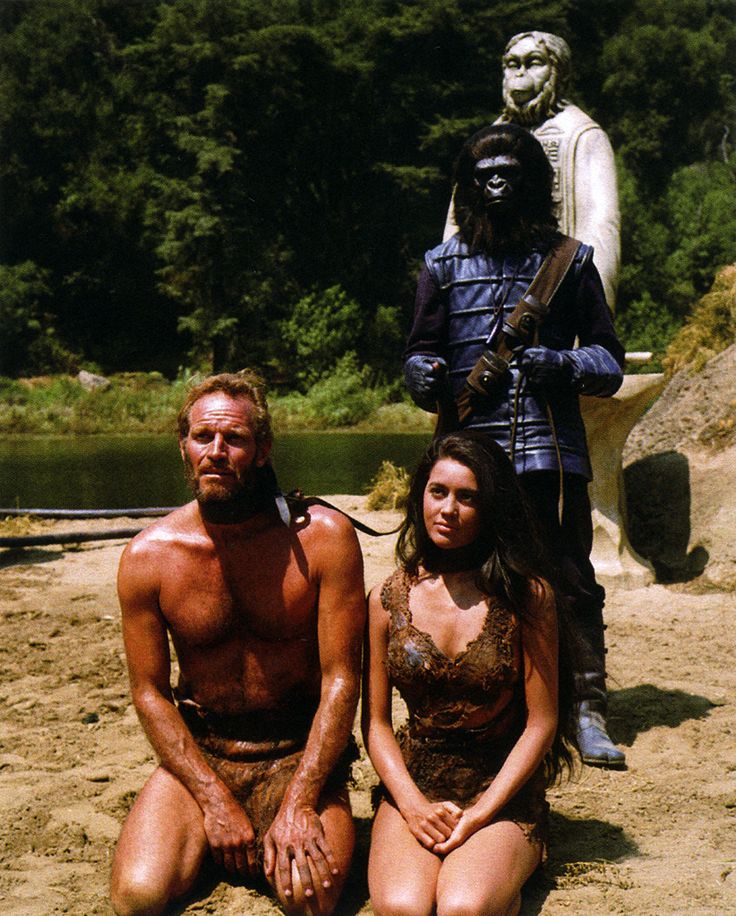 “Just talk to them in calm soothing tones…” — Dr. Zaius

McWhorter does acknowledge the obvious: Calling people evil because of their race does not endear them to you.

“Indeed, many white people figure that they have gotten the message that they shouldn’t stereotype, that black people have a lousy history, that a lot of people aren’t free of racist bias. But white people feel like they aren’t bad people, and are sick of being told that they are, no matter what they do. The idea that they are bearers of a ‘white privilege’ for which they must endlessly apologize, no matter what they do or think, likely rankles especially. They feel damned if they do, damned if they don’t.

“‘Good, that’s the way they should feel!’ many will insist, white as well as black. But here is where November 8th comes in. There is so often a difference between what should be and what is, or ever will be.

“Namely, some whites are so resistant to conceiving of themselves as defined by bigotry that they are sticking up a middle finger at the whole business and cherishing their ‘white identity.’ Others are less confrontational than this, but folks, let’s face it — their vote for Trump shows that his bigotry and sexism was not a deal-breaker for them.

“It’s surely relevant that many such people, as Arlie Hochschild has documented, feel as if the national conversation ‘privileges’ people of color over them despite their not having the easiest time in their own lives. “

When your entire ideology demands an us vs. them worldview, across many intersectional traits of the dreaded kyriarch, it is only natural that those who are axiomatically declared evil incarnate to tell you to take a flying leap through a rolling donut.

Rather than admit that his worldview is innately bigoted, McWhorter decides that the problem isn’t with his bigoted and hatefull views, but with stupid White people who aren’t enlightened enough to accept that they are privileged even when an oppressed non-White academic lectures them in the o-so-privileged trailor park demesne…

“I know the objections — ‘Don’t you understand that America was founded on racial hierarchy and even today remains predicated upon structural racism!!?’– and I do understand.

“But we cannot make more than a hyper-educated sliver of white Americans see those facts as justifying a contemptuous view of themselves, or as justifying submitting black people to different standards of morality and expectation.”

“It is ‘woke’ to understand that Trayvon Martin and so many other black people would be alive if they had been white.

“Those who don’t ‘get’ these simple truths must be treated as requiring education, and we should stick at it. However, there are things it’s time to stop calling ‘woke.’

“It will not be ‘woke’ for the media to treat the video of a white man nearly killed by black men as any less of a racially charged incident in the wake of Trump’s victory, as if black people carry some kind of immunity to censure because of slavery and Jim Crow and redlining.”

In other words, he is peddling the same thing the Left has always been peddling, but only now they will hide the truth of their convictions in order to not scare White people away. But even then, the non-believers in this kinder, gentler form of Social Justice will still be re-educated…

One Response to The Enwokening of White People