Posted on December 6, 2016 by The Political Hat

Equality. It seems like such a simple word—one that in all hypotheticality would be easy to define. However, it means different things to different people, and that difference in definition can, and has been, exploited by those who know the difference. Much like those who use a twisted academic definition of the word “racism” that is very different than that used by the hoi polloi, the confusion is exploitable by some.

Equality is a word that has quadrate meanings that are orthogonal to each other, abet one that may be a vector with components from each. 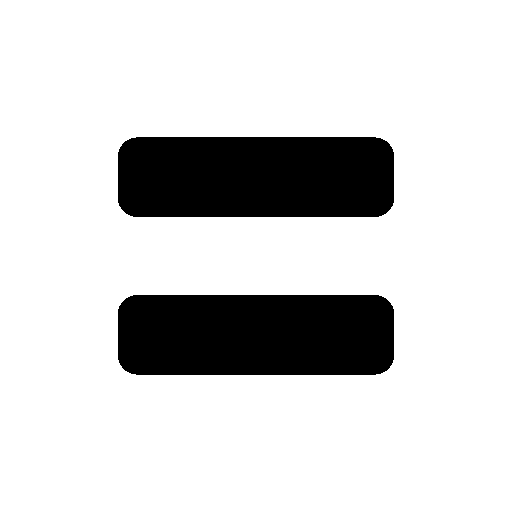 These four equalities can be stated as:

The idea that an equality of outcome is a question of justice presupposes that such an outcome is the natural and default result when there is “justice”, erroneously so-called. Such presupposition requires a faith in the notion that all differences are artificial, and results from inequality applied to the tabula rasa of the human mind—in all things. Dividing individuals into a plethora of “minitudes” and then declaring that any differentiation is due to some nefarious design to introduce any type of inequality is intellectually dishonest and is the true faith of “Social Justice” falsely so-called.

The division of individuals into identity groups does nothing more than create an us vs. them scenario where the morally pure oppressed must battle in the sake of justice the morally impure privileged and powerful. This creates an ideological situation where to achieve a purported equality of outcome, a strict inequality in all other spheres must be applied.

This not only ignores that as individuals, we are all unequal, and unequal in our own individual way, but also that the measures intended to create this utopia equality of outcome are conducive to, and invariably will entrench, the most blatant of inequalities of power, opportunity, and application of the law.

This equality of power, though, is not just a means towards an equality of outcomes. It is almost axiomatic that through an equality of power amongst all minitudes, that scientifically correct decisions will be made that are of absolute moral purity. That when intelligently designed, such an equality of power will always be not only optimal, but morally absolute. Thus in this set-up, incorrect ideas will be discarded or even go unthought, while power, held in absolute equality, will result in the summoning of a dieu faux Volonté Générale that will reign in total righteousness.

The third leg of this entanglement of equality in addition to equality of outcome and of power is the equality of opportunity.

This has always been the camel’s nose that has led to the other two, in large part because per se it is not incorrect. Yes, adults are responsible for their own actions, but it is also true that situations can impact them beyond their control. Moreso, children can not be morally blamed for the failings of their parents or the lack of parents. This is why it can be validly argued that providing equal opportunities to children, such as with free schooling, can be quite virtuous. Before the modern welfare state, governments, abet primarily more local, provided institutions and relief for the elderly, the insane, children, and widows in order to augment the virtuous voluntary charity the de Tocqueville wrote about.

Wanting to give a fair chance to those who had none is not an abhorrent inclination. However, this can be exploited and pushed to virulent extremes. While giving people a chance, and helping the unfortunate, is laudable, an absolute equality of opportunity is just as much as a utopian pipe-dream as pursuing an equality of power or of outcome.

There will always be some degree of inequality of opportunity. The more that is done to create an absolute equality of opportunity requires more power be placed in the hands of the equalizers. Humans, being human, will always favor some over others—they and theirs over you and yours. To compensate for such inequalities of opportunity, what tyrannical measures will be done to equalize differences in the quality of parenting, for example. A mother and father fostering self-discipline and a love of reading will provide far greater opportunity than a crack-addict mother who ignores her crack baby.

Some inequalities are actually desirable.

Again, a mother and father fostering self-discipline and a love of reading will provide far greater opportunity than a crack-addict mother who ignores her crack baby. This happens because the former is conducive towards success, while the later is not. If we do not allow the former to succeed and the later to fail, at least to some degree, the former, which requires hard work and discipline will be abandoned for the later, which is far easier to fall into, especially when subsidized and equalities of opportunity strictly adjusted to some misguides sense of equality.

This does not mean that a child who is growing up in a hellhole shouldn’t be given opportunities out of a sense of charity and desire to give everyone a fair share—in other words lifted up; it means not normalizing and excusing the situation the lead to the inequality and raising the far better situation as something to be emulated rather than something to be brought down in name of equality.

Rather than require a predominance of power be exercised, an equality of the application of the law binds all and prevents some from imposing an inequality through the power of law from whence the monopoly of force is equally applied to all.

Yes, outcomes will not be equal. Yes, some will have opportunities that others don’t. And while, yes, some will have more power than others, that power will be necessarily limited with no one having the predominant power. From this, people will be free to help equalize opportunities in a fair manner than denigrates none for their success or for their better upbringing. By the equal application of the law, then, society will be far more conducive towards an equality of results than a strict imposition ever could be.

Thus, opportunities and outcomes become a question of civic virtue and of benevolence, not of justice, falsy so-called. As James FitzJames Stephen noted:

“The general constitution of things, by which some people are better off than others, and some very badly off in all respects, in neither just nor unjust, right nor wrong. It simply is. It affects the question of benevolence, not the question of justice, of its author.”

The imposition of equality will lead to the greatest of inequalities. The adherence of equality of application of the law, in contrast, will create conditions that are most conducive to optimal equality for all.

One Response to On Equality