If Donald Trump is supposed to be able to win “yuuuge” victories, then why are Democrats celebrating, if not reveling, in his coming nomination? 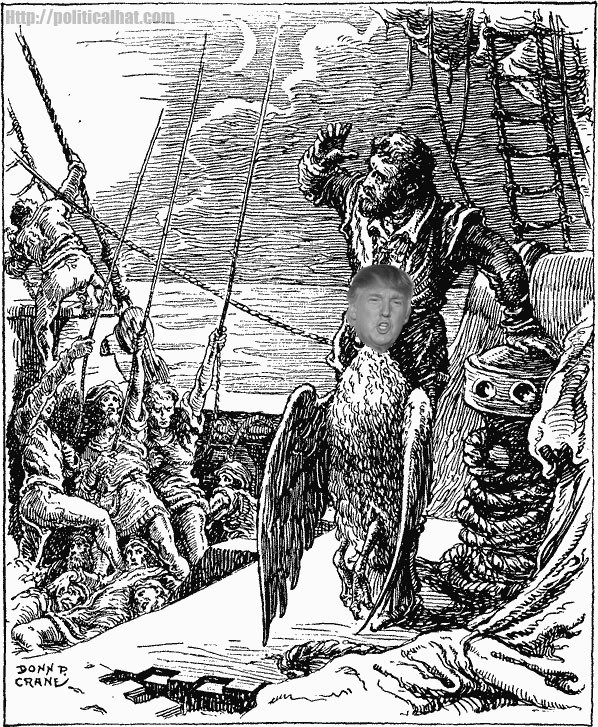 The Nevada state Democratic Party is trolling Republicans over the “albatross” around its neck:

“Congratulations on last night’s impressive 16-point victory in the Indiana Republican primary. Your big win forced Lyin’ Ted Cruz to drop out and made you the inevitable Republican nominee for the White House. Even RNC Chair Reince Priebus has declared you are the presumptive presidential nominee and that Republicans must unite behind your campaign. Wow!

“On behalf of the Nevada State Democratic Party, I would like to invite you to come back to Nevada as soon as possible. General election, here we go!

“Nevada will be a key battleground up and down the ballot in 2016. We were already in a strong position to win Nevada for our Democratic presidential nominee, elect Catherine Cortez Masto to the U.S. Senate, pick up seats in Congress and take back our Democratic majorities in the Nevada legislature. But we’re eager to see just how big of an albatross you can be for down-ballot Republicans.

“Every major GOP candidate in Nevada this cycle — Congressman Heck, Sharron Angle, (accidental) Congressman Hardy, Danny Tarkanian and Michael Roberson — is already on record supporting you since you are now the GOP’s inevitable nominee. So Nevada Republicans are sure to welcome you here with open arms. You’ll have so many friends on the campaign trail.

“Unlike the Republicans, Democrats are actually going to hold you accountable. And we know for a fact your racist, misogynistic, anti-immigrant rhetoric will inspire even more of our supporters to get involved and elect Democrats.

“Thank you for considering this invitation, and we hope to see you in Nevada soon.

This entry was posted in Elections and tagged Democrats, DOOM, GOP. Bookmark the permalink.