Biologically, human beings are a dimorphic species, with a male sex and a female sex.  Though there are medical abnormalities, this dimorphism remains clear and obvious… unless you are an idjit regulator at the Dept. of Health and Human Services:

“The proposed rule, issued by the U.S. Department of Health and Human Services, says that it is aimed at banning discrimination against transgender individuals under the Obama administration’s Affordable Care Act.

“Section 1557 of the Affordable Care Act cites decades-old federal laws that prohibit any individual from being denied benefits or discriminated against in any health program or federally funded activity on the basis of race, color, nationality, sex, disability and age.

“However, the Office of Civil Rights is now interpreting ‘sex’ to include ‘gender identity’ and ‘sex stereotypes.’

“The consequences of this change could be wide-reaching.

“The proposed regulation defines ‘sex stereotypes,’ in part as ‘expectations that gender can only be constructed within two distinct opposite and disconnected forms (masculinity and femininity), and that gender cannot be constructed outside of this gender construct (individuals who identify as neither, both, or as a combination of male and female genders).'” 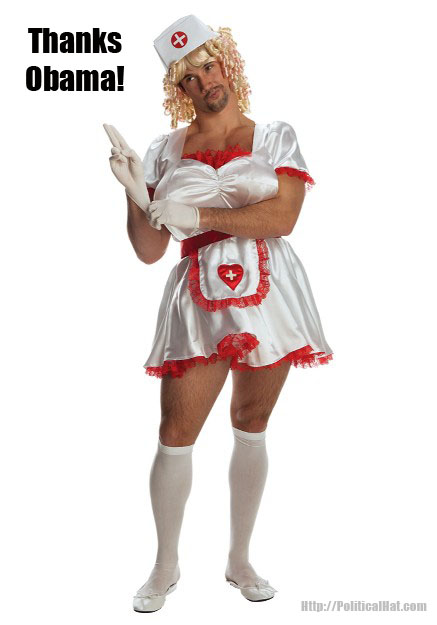 And what will make doctors accept and perpetuate this insanity?  The full force of Leviathan of course!

“If finalized, the proposed regulation would be binding on all health insurers that offer plans under the Affordable Care Act, including those participating in health insurance exchange plans.

“The regulation would also apply to approximately 133,000 health care facilities, all state Medicaid programs, all private insurers that receive federal funding, as well as almost all physicians in the United States who accept some form of federal reimbursement.

“Failure to comply could result in a loss of government funding and other legal penalties.”

How can you trust a doctor who is willing to suspend belief in biological reality?  Doctors who accept biological reality will be crushed or pushed out, and only the malleable pseudo-scientific accepting “doctors” will remain.

“This gender ideology will result in discriminating against people who believe that a person’s biology is something to be respected rather than something that should be treated as a disease.”

O brave new world, that has such people in’t!

A copy of the proposed rules: