The Intentional Fail of the GOP

Does the Republican party establishment want to lose in 2016?  Rather than try to show the party base that they really to care about their concerns, the establishment in control of Congress isn’t even trying to pretend to care, as evidenced by the new omnibus spending bill.

Amongst the many pokes in the eye of Republicans: 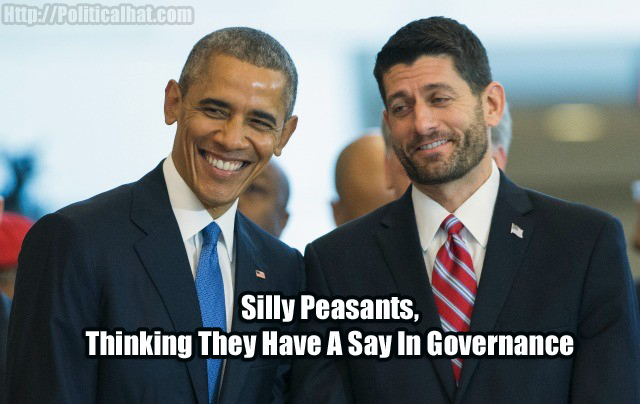 If someone wanted to destroy the Republican party, would someone do anything different?  The Congressional Republicans are giving Obama everything he wants short of a flashy overt new program, and that only because they want to “boil the frog” just short of hot enough to make the frog jump out.

And the frog is parboiled as it is…