The veritable Stacy McCain has summed exactly what Feminists are fighting for: The total destruction of the nuclear family.

Repeat after me: Feminism is a totalitarian movement to destroy civilization as we know it. @ThePoliticalHat https://t.co/23Va5cspez

This is not some vague insinuation, but an open declaration by Feminists.  Case in point, “edgy” and radical ways of destroying monogamy as presented by the screaming harpies over at “everyday feminism”… now in cartoon form! 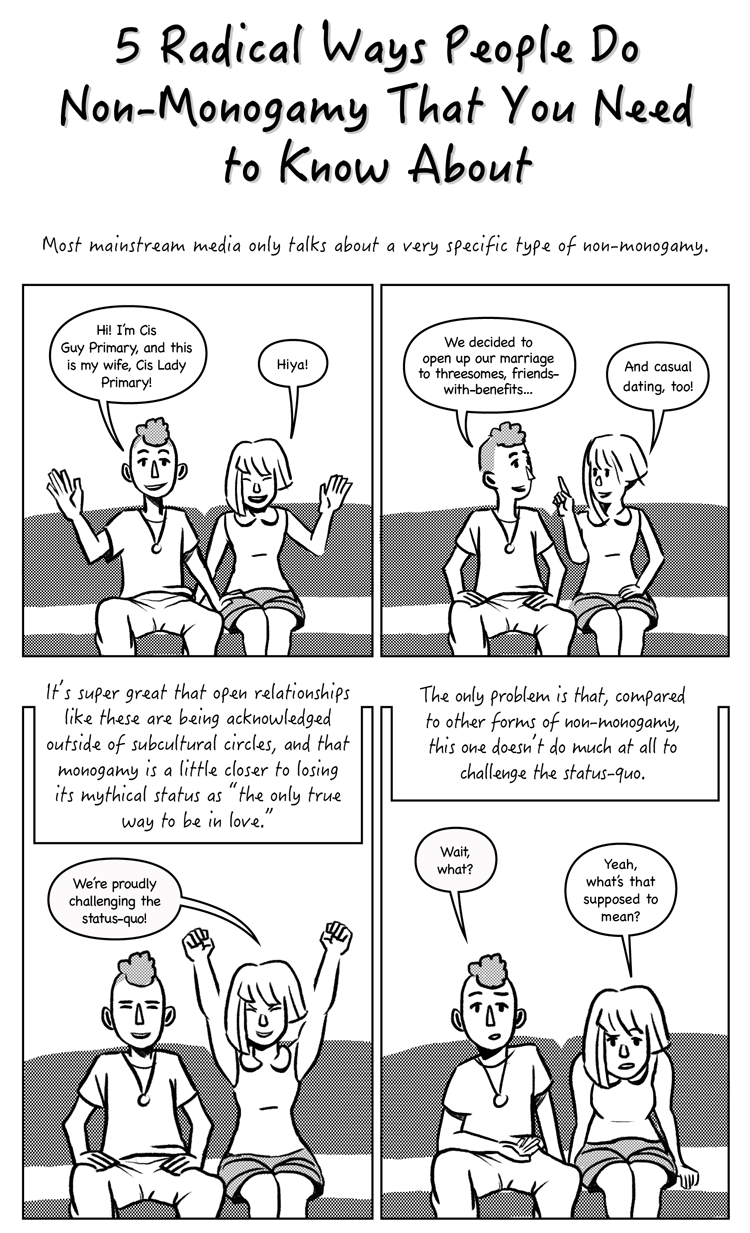 Not a very solid basis for a family when everyone is basically just screwing and loving everyone else.  Of course, destroying the basis of a strong family with a mother and a father is the entire point of Feminism and Progressivism in general.  Methinks, though, that such “families” are more likely to help get Lamborghinis for Planned Parenthood employees than have kids, and even there only to validate their own feelz.

Number 1: The proverbial third wheel.  Polygamy or polyandry is certainly workable when you have one dominate figure with multiple subservient ones as with Saudi princess with a plethora of wives, but when “equality” is being pushed, someone is going to be left out.

Number 2: “Thruples” are certainly on the vanguard of destroying “duo-normative” family structures, but someone is going to be the third wheel.

Number 3: Comes across more as an emotional support group.  Probably the least wacky example, as people can care for each other non-sexually.

Number 4: It takes a village…

Number 5: There is little to no societal benefit when unions are purposefully transient. 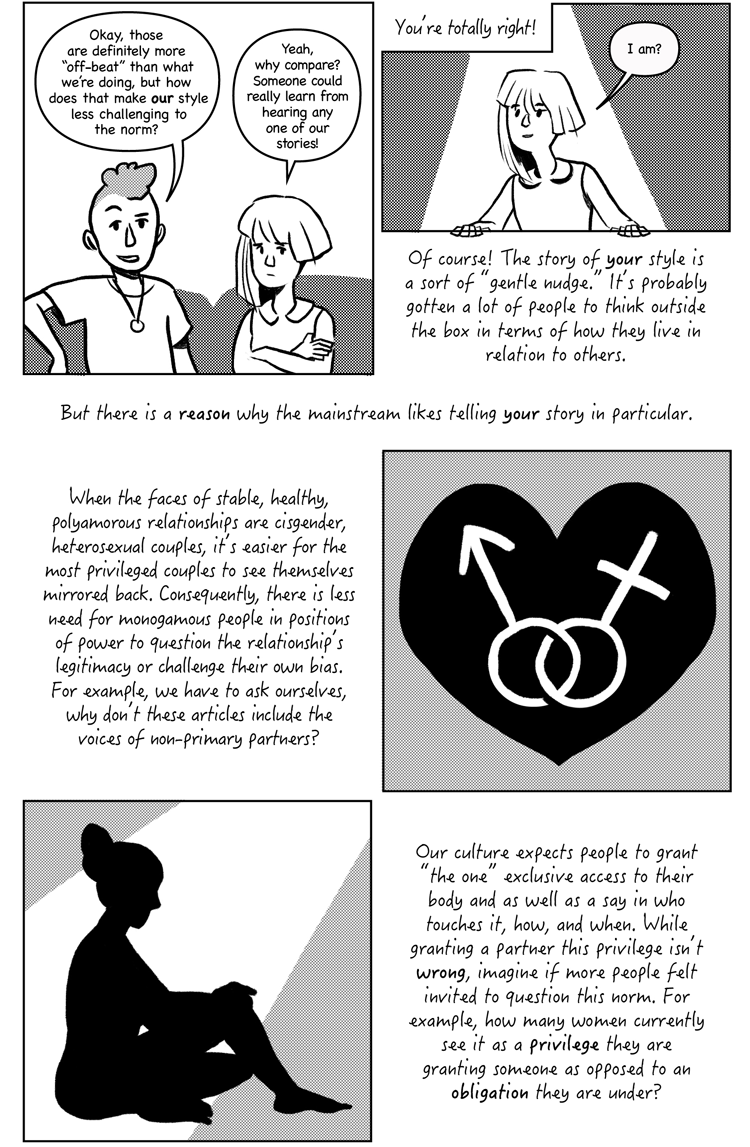 In other words, it’s all about being transgressive and tossing the most successful form or relationship that serves as a bedrock for a family.  It works because when a man and a woman commit themselves to form a family, not only does either sex compliment the other, but there is no legitimate third force to disrupt the union.  Of course, it takes one and one woman to have a child, and biological parents with a biological incentive to raise their children is optimal for the family and for the well being of the child. 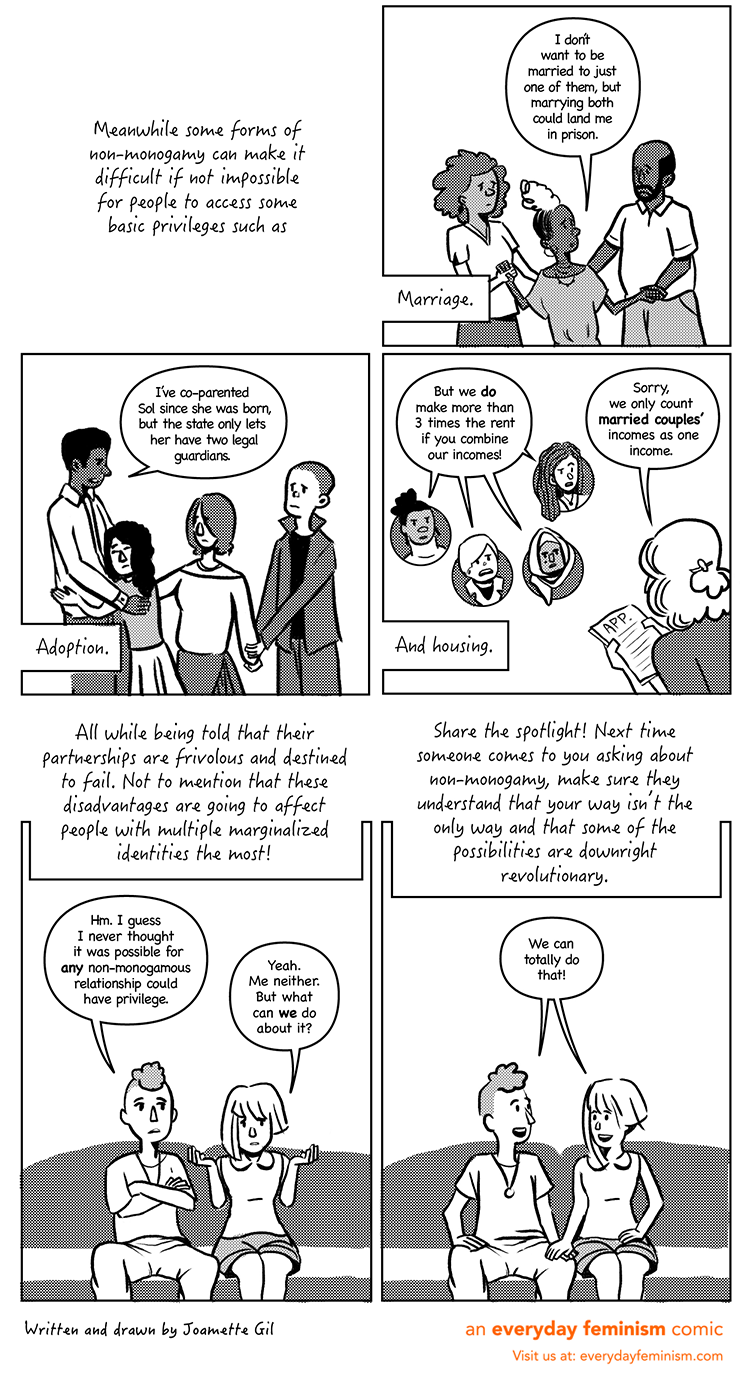 Adoption?  Having more than two parents has already started to receive legitimacy.  Of course, putting the well being of a child ahead of the feelz of transgressive Leftists ain’t a bad thing.

Housing?  After championing instability and sexual prolificacy, is wanting to prefer committed couples that nonsensical?

The fact of the matter is that a social system where husband and wife are united as a family combines sexual activity of the parents, the complemency of the sexes, and the creating and rearing of a child in a solid family unit that provides an environment which is optimal for the child, as well as the husband/father and the wife/mother alike.

And that is why Feminists, and Progressives in general are so hell bent on destroying it.  Rather than a self-sufficient family through which positive culture, mores, and folkways are transmitted, they Left would like to see the state push their utopian vision on others.

This totalitarian impulse will not create utopia, for it exists only to destroy.

This entry was posted in Progressives and tagged DOOM, Gender, Kyriarchy, Social Justice, War on Women. Bookmark the permalink.