Horror director Eli Roth has had enough with the “vitrue-signalling” Social Justice Warriors who whine about oppressed peoples while remaining ignorant themselves:

“I wanted to write a movie that was about modern activism. I see that a lot of people want to care and want to help, but in general I feel like people don’t really want to inconvenience their own lives. And I saw a lot of people just reacting to things on social media. These social justice warriors. ‘This is wrong, this is wrong, this is wrong.’ And they’re just tweeting and retweeting. They’re not actually doing anything. Or you see people get involved in a cause that they don’t really know a lot about and they go crazy about it. I wanted to make a movie about kids like that. I think there’s a lot great things, obviously, about activism people commit their lives to it. But I want to make a story about kids who don’t really know what they’re getting into. Get in way over their heads, it actually works. And then the irony is on their way home their plane crashes and the very people they saved think that they’re invaders, and just dart them and eat them. And make them the food supply of the village.” 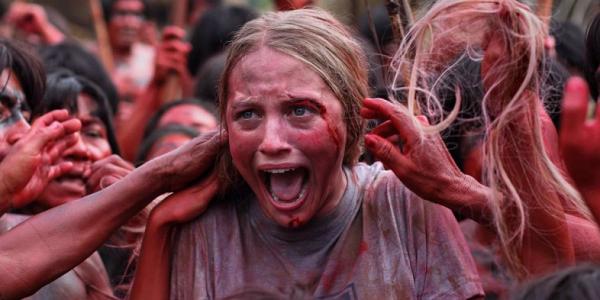 Unsurprisingly, many of those belittled in the movie are whining about how it is raaacist:

This entry was posted in Progressives and tagged derp, FacePalm, FAIL, Social Justice. Bookmark the permalink.