Boys are not girls nor girls boys.  This differentiation doesn’t really kick in until puberty, and doesn’t fully finish until full adulthood is reached.  Yet somehow pre-pubescent children, who don’t even know what being an man or a woman means, are increasingly being treated as sexual beings with unchangeable orientations and any gender they want. 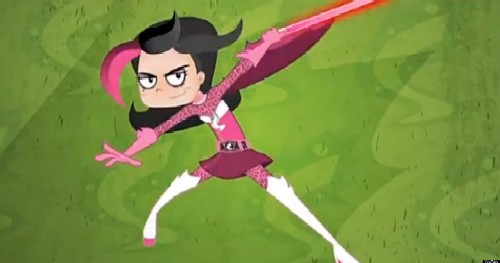 There was the infamous example of a little boy twerking at a Brazilian gay pride shindig:

Or perhaps a child who was encouraged and praised for dressing up in a campy outfit at a New York city gay pride parade:

Many people are fine with Gay Marriage because they believe that gay couples are superior parents (due to junk “science”) because they are portrayed as a normal middle class couple who are always great parents unlike straight fathers who tend to be portrayed as at best bumbling idjits.  Any suggestion that not all gay parents are paragons of perfect parenting are met with cried of “homophobe”.

A person who is homosexual may very well be an excellent parent, though a same-sex couple can never provide both a mother and a father to a child.

In this gender-bending world, a pre-pubescent child somehow knows that they will grow up to be transgendered:

A child fancies his or herself to be a myriad number of things, and a child saying they are the opposite gender is no different than this.  But in a world where transgendered kids are celebrated, and told they are special and deserving of praise for being transgendered, the kids will naturally act in a way that keeps the approval going.  There are even those who consider “gendering” a child according to biological reality is child abuse.

Heck, now underaged kids who are not old enough to consent to sex can not have their sex surgically (and superficially) altered without their parents approval!

The sad thing is that by the time they are an adult and fully know what they really are, it is too late.

3 Responses to Queering the Child