While in America a court has ruled that a business can refuse a message they disagree with, even if that message is pro-same sex marriage, cake bakers in Northern Ireland weren’t so lucky.

A county court in Northern Ireland, where same-sex marriage is not legal, declared that not wanting to make a cake with an explicit statement in favor of changing the law was illegal discrimination… cheared on by the Orwellian named “Equality Commission“. 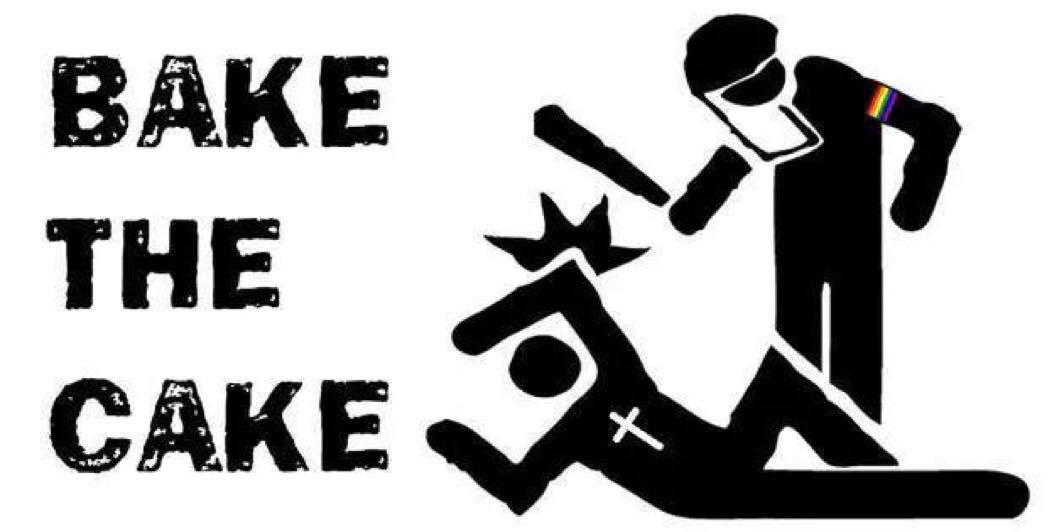 The full ruling can be seen here, or read in its entirety below.

What follows is not a full fisking, but a simple pointing out of some of the nonsensical statements, assumptions, and outright prejudices of the court uttered by the presiding judge, Brownlie. The defendants made six claims in their defense:

None were actually refuted.  The judge assumed and inferred by apparently magical powers, that the defendants were in their hearts a bunch of eeevil H8rz.

For example, the judge found:

“Additionally, I do not accept the Defendants submissions that what the Plaintiff wanted them to do would require them to promote and support gay marriage which is contrary to their deeply held religious beliefs.”

Supporting Gay marriage is not concomitant with being Gay.  A Gay person can oppose same-sex marriage, just as a Straight person can support it.  That is was for a “Queer” organization does not mean that they denied the customer service per se because of affiliation with such a group.

“‘There are other cases in which the ostensible criterion is something else usually in job applications that elusive quality known as merit. But nevertheless the discriminator may consciously or unconsciously be making his selections on the basis of race or sex. He may not realize he is doing so, but that is in fact what he was doing'”

“In applying the reasoning from the authorities cited, it is my view that, if a comparator is required, the correct comparator is a heterosexual person placing an order for a cake with the graphics either ‘Support Marriage’ or ‘Support Heterosexual Marriage.’

“What is required is proof of a factual matrix of less favourable treatment on the ground of sexual orientation and not the motive. I regard the criterion to be ‘support for same sex marriage’ which is indissociable from sexual orientation. There is also an exact correspondence between the advantage conferred and the disadvantage imposed in supporting one and not the other.”

“My finding is that the Defendants cancelled this order as they oppose same sex marriage for the reason that they regard it as sinful and contrary to their genuinely held religious beliefs. Same sex marriage is inextricably linked to sexual relations between same sex couples which is a union of persons having a particular sexual orientation. The Plaintiff did not share the particular religious and political opinion which confines marriage to heterosexual orientation.”

This is sweeping in breadth.  That the bakers had a right to turn down a message they disagreed with ought to have been the end of it, but apparently this can be negated by assumed feelings of the bakers as inferred by the judges own apparent prejudice.

The judge did so conflate and further declared that a pro-same-sex message with concomitant with being gay.  In effect this idjit judge has ruled that it is illegal to refuse to use one’s own personal creative abilities to promote and endorse contrary to not only their own beliefs, but the law itself.

In effect the judge has ruled that dissent from the message means the bakers necessarily would have discriminated based on political beliefs and sexual orientation.

Ironically, the judge notes that it is illegal to deny service because of one’s religious belief… yet the judge does just that!

It is incidents like this that make it clear just how important the 1st Amendment is!

2 Responses to Persecuting the Cake