Cakes and Gay Marriages are back in the news, this time in Northern Ireland.  A baker is facing legal action for refusing to bake a cake showing Bert and Ernie from Sesame Street that explicitly states “support gay marriage.” 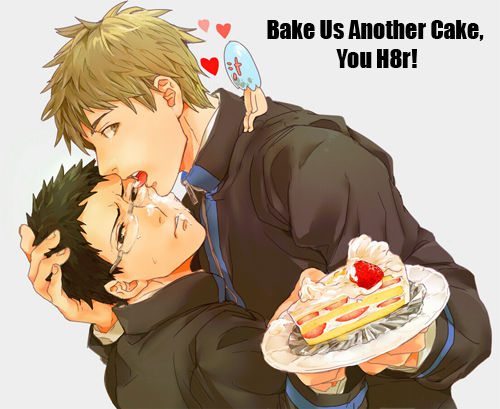 Aside from copyright issues, this is unlike previous cases in the United States involving bakers refusing to bake cakes for Gay Weddings, this cake is a purely political message:

“[Ashers Baking Co.] believe that producing the cake with the slogan and the logo of QueerSpace, a gay rights group the would-be customer supports, would amount to endorsing the campaign for the introduction of gay marriage in the province, and go against their religious convictions.”

The argument used against previous bakers was that they offered wedding cakes and that refusing to serve a couple because they are gay is discrimination, and that such anti-discrimination measures trump the 1st Amendment… despite such marriages not being legal in the baker’s own state!  Here, that excuse does not hold.

After all, a Christian baker should no more be forced to apply his or her artistic talents to support Gay Marriage than a Jewish baker should be forced to bake a cake with a Swastika for Neo-NAZIs.  Otherwise, the law would not be viewpoint neutral.  Undoubtedly, that is the ultimate goal here: To Force people to express correct opinions, by making such acquiescence to the correct opinion a condition for being able to work.