All Your Internet Are Belong To Us

The Federal Communications Commission (FCC) voted along partisan lines to take over the internet.  The Internet will now be considered a “public utility”. 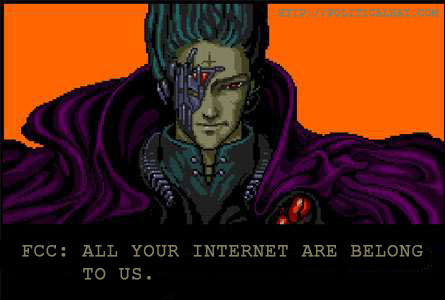 How far will this new rule go?  Nobody outside of the bureaucracy and Google know since the plan hasn’t been publicly released!

One thing is for sure: All your Internet are belong to Leviathan.

This entry was posted in Progressives and tagged Democrats, DOOM, Leviathan. Bookmark the permalink.

One Response to All Your Internet Are Belong To Us