According a poll† by the ultra-Left wing pseudo-hipster blithering idjits over at Fusion.net, half of all Millennials think that gender is just like a spectrum, with many declaring that genders exist outside of the evil gender binary of male/female. 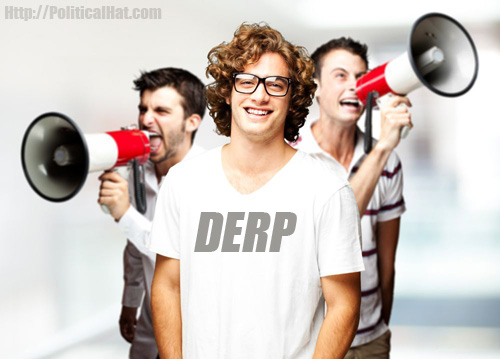 There were differences based on race, geography, and sex, with females more willing to go into experimental territory (57% to 44% for males) with a male-female spectrum reminiscent of child-molestation advocate Alfred Kinsey.  The Leftist-dominated Northeast had the largest percentage of gender-spectrum advocates while the South had the largest concentration of sane youths.  Whites were far more likely to have drunk the Critical Gender Studies kool-aid, while Blacks retained a sensibility lost on the majority of their pasty-faced countrymen.‡

The entire, sad survey released can be read below.

† The results of the poll, perhaps, should be taken with a grain of salt considering the source…

‡ Anyone familiar with the evolution of the English language understands that “countrymen” is not sexist but actually inclusive.

This entry was posted in Progressives and tagged DOOM, FacePalm, FAIL, Gender. Bookmark the permalink.