We have previously spoken of “food justice“.  What is “food justice”?  It the “fundamental transformation” of food related activities in America to achieve some egalitarian vision of equality and environmentalism.  In other words, it will do for food what Marxism does to economies. 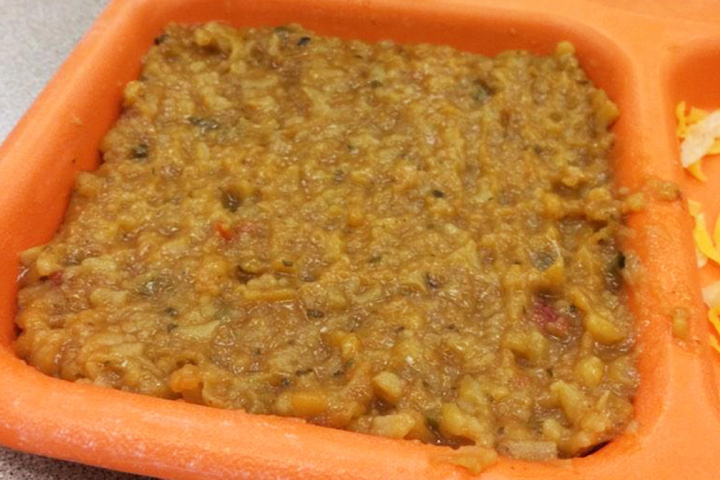 Now, Michelle Obama has named “food justice” advocate Debra Eschmeyer as Executive Director of her “Let’s Move“, which has resulted in inedible school lunches and the ironic hashtag #ThanksMichelleObama.

“Eschmeyer was asked in an interview in May 2011 what her definition of ‘food justice’ is.

“‘I was an editor of “Food Justice” (the new book by Robert Gottlieb and Anupama Joshi) so I spent several years thinking about the definition,’ she said. ‘Food justice seeks to ensure that the benefits and risks of where, what, and how food is grown, produced, transported, distributed, accessed, and eaten are shared fairly.’

“‘It represents a transformation of the current food system, including but not limited to eliminating disparities and inequities,’ Eschmeyer added.”

To see the culinary future that Michelle Obama and other “food justice” advocate envision will be imposed on us, one need to look no further than her own school lunch initiative.

I don't think this is what they're suppose to look like.. #ThanksMichelleObama pic.twitter.com/wQDRG13RvK

Wtf even is this?? Cheese on mystery fish/chicken?? It doesn't even look like real cheese.. #ThanksMichelleObama pic.twitter.com/zJZEfQnZPT

@violentfanon Poor baby. Count yourself lucky. This is what they feed kids in public school. #ThanksMichelleObama pic.twitter.com/xrPPPl4TfQ

It is enough to make one nastalgic for Krusty Brand Imitation Gruel. 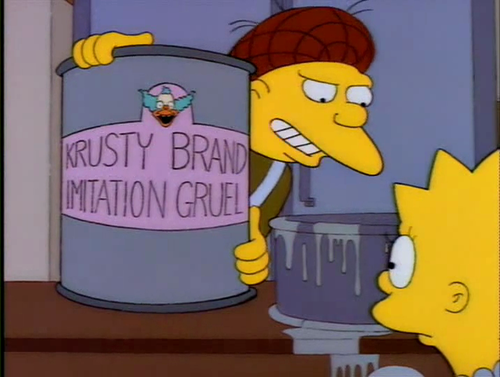