A bunch of annoying “protesters” decided to throw a temper-tantrum against the racist police state at the very core of White Supremacist hegemony: Brunch. 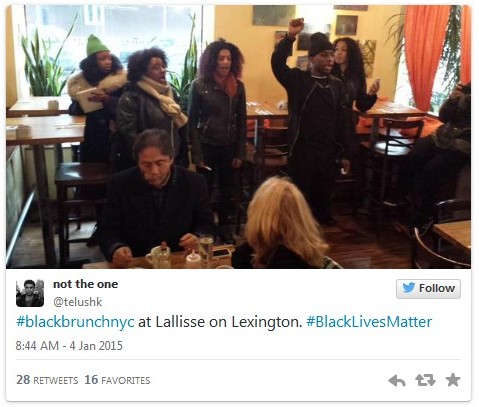 It is a little known fact, as written in the Protocols of the Learned Elders of Kyriarchy, that egg white omelets are the ultimate source of White Supremeacy: 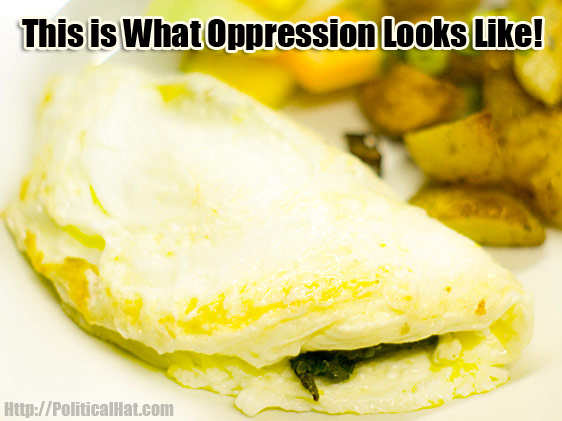 Some other lighthearted belittling of these idjits:

Just when I thought I heard everything: No Justice, No Quiche!! #BlackBrunchNYC

#blackbrunchnyc is the most desperate and pathetic cry for relevance I've seen in a long time.

The Revolution will not be televised. It will be tweeted. By idiots. In resturants. As they yell at people eating #UniteBlue #blackbrunchnyc

#blackbrunchnyc, because egg white omelets are tools of the oppressors!

#blackbrunchnyc – Cantaloupe has monopolized brunch for too long. No blackberries! No peace! pic.twitter.com/iclbRjA2WN

@benshapiro #blackbrunchnyc wants to break the lox on their chains of oppression.

#BlackBrunchNYC Coffee? "I take it black, like my men" https://t.co/WCJKc6tzI6

The #blackbrunchnyc really hurts the illegal immigrants who work in NYC restaurant kitchens.

To sum up the logic of these idjit protesters:

This entry was posted in Progressives and tagged derp, FacePalm, FAIL. Bookmark the permalink.