Your thoughts and beliefs must be the business of these fundamental transformers.  In other words, “when everything is a public issue, then  you have no private existence.”

This can be veritably seen by the “street action” of the “Black Brunch” protesters.

“And a poorly informed one, at that: In New York City, protesters invaded the Pershing Square Café across the street from Grand Central Terminal, which is one of the more diverse spots in heavily segregated Manhattan, catering as it does to commuting 53-year-old lawyers from Fairfield County, who check any number of different demographic boxes.

“The message these protests send is that there is no private space — and, therefore, no private life — so far as this particular rabble is concerned. It’s the familiar Trotsky conundrum: You may not be interested in politics, but politics is interested in you.

“That the people at brunch have no real direct connection to the events motivating the protesters is beside the point. They were targeted on racial grounds: These were detestable ‘white spaces,’ and the people there were to be punished for being white — even if they were not, in fact, white, their presence in “white spaces” makes them guilty by association. That the protesters were themselves largely white goes without saying: Protests of this sort are a prestige performance for stupid white college kids, mainly. If you want to see a genuinely ‘white space,’ a protest is your best bet.” 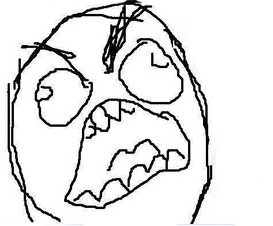 This is just a more blatant agitprop version of the invasion of privacy that the Left aptly demonstrates over and over. Let us not accept the excuse, that because people were having brunch in a public establishment, that privacy is not being violated.  Even legally protected private speech can become a public issue, as it did with Donald Sterling.  It doesn’t matter if what Sterling said was loathsome or not; the right to privacy protects everyone and private speech is protected regardless of its content.