Posted on December 2, 2014 by The Political Hat

Remember those “gay” penguins who were heralded as the bestest parents in the animal kingdom?  Science™ declared that this was proof that homosexuality was normal across species.  But what about between species? 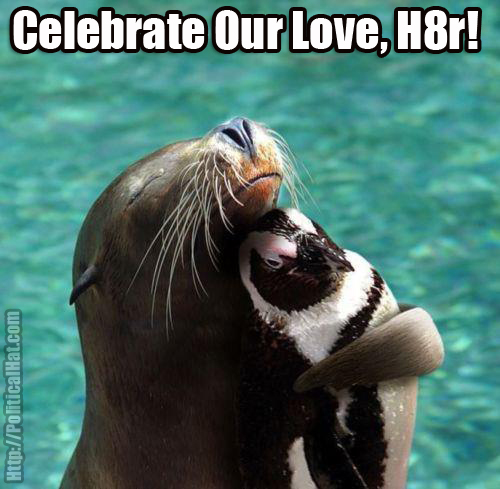 A new scientific article documents interspecies sex:  Seals in the Antarctic have been caught copulating with penguins.

“It seems that the Antarctic may be a hotspot for documenting disturbing animal sex acts. Many years ago, British explorer George Murray Levick caught Adélie penguins engaging in all sorts of debauchery, such as necrophilia, sexual coercion and sexual abuse of chicks. Now, scientists have observed fur seals trying to have sex with penguins.

“The gender of the penguins was unknown, but they appeared to be in good health.”

Perhaps the below video is best seen when muted and the audio replaced by the following video.

This entry was posted in Progressives, Science and tagged Lulz, Science, Social Justice. Bookmark the permalink.