Posted on November 8, 2013 by The Political Hat

One of the major ideological components of the broader Left is a perverted sense of “justice” wherein  there is an equality of outcome and everyone is the same.  The obvious downside is that this means that they’d “rather the poor were poorer, provided the rich were lass rich.”

They are so obsessed with this false “equality” that they’d actually perpetuate the gravest of discriminatory actions, and so treat people as innately unequal.  They justify this because to them, the individual means nothing and has no existence outside of the collective.  Obedience to the collective is what is important, and the collective can only thrive like the Volonté Générale false god it is when individual achievement is abolished and no longer celebrated.  True equality, to the Left, means treating unequal people unequally such that a superficial appearance of “equality” is achieved.

No where is this better seen than the University of Georgia’s Student Government Association hosted an event during a so-called “Social Justice Week” entitled “No More Success Stories: Dinner, Dialogue, Making A Difference.”  It is reminiscent of both the short story Harrison Bergeron as well as Atlas Shrugged. 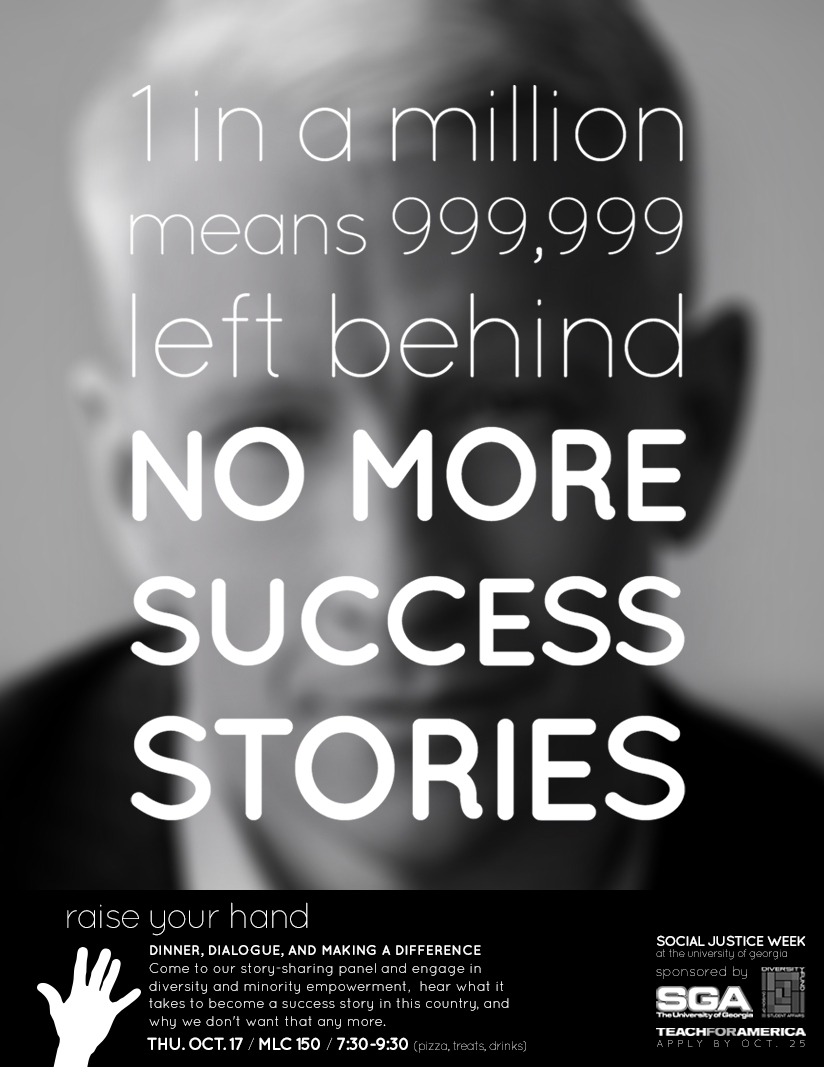 What these “social justice” idjits fail to realize is that we are all unequal in our own ways, and that it is our inherent right to be so.  Margaret Thatcher, yet again, put it best:

This entry was posted in Progressives and tagged FAIL, Kyriarchy, Leviathan, Social Justice. Bookmark the permalink.