Socialized Medicine Kills Its Own

A former director of the British National Health Service (NHS), and former Mayor of Chelmsford, died after being denied necessary surgery by the hospital’s repeated cancellation of the procedure.

“Margaret Hutchon, a former mayor, had been waiting since last June for a follow-up stomach operation at Broomfield Hospital in Chelmsford, Essex.

“But her appointments to go under the knife were cancelled four times and she barely regained consciousness after finally having surgery.” 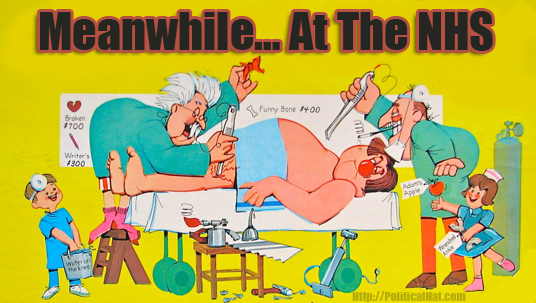 This is sadly not surprising, even for a high ranking politician/bureaucrat.  The Mayor was actually lucky, in that she left the hospital after the perpetual delays to spend her last month with her husband.  Other politicians, including a M.P., was forced to watch her husband die “like a battery hen.”

That is what is coming to the United States.  Be with your loved ones while you can, for you never know when socialized medicine will take them away.