Do Not Look At The Mayor Behind The Curtain!

Posted on September 9, 2013 by The Political Hat

Newark Mayor, and presumptive New Jersey Senator, Cory Booker has cultivated an almost superhero image with his ever present Tweets suggesting that he personally solves any and all problems in the urban wasteland City of Newark.  He has even gone so far as to invent thugs to fit the narrative of Booker as a type of redeeming messiah figure.  But that is all smoke and mirrors; the real Cory Booker is hiding behind the curtains, hoping no one notices his own mayoral incompetence. 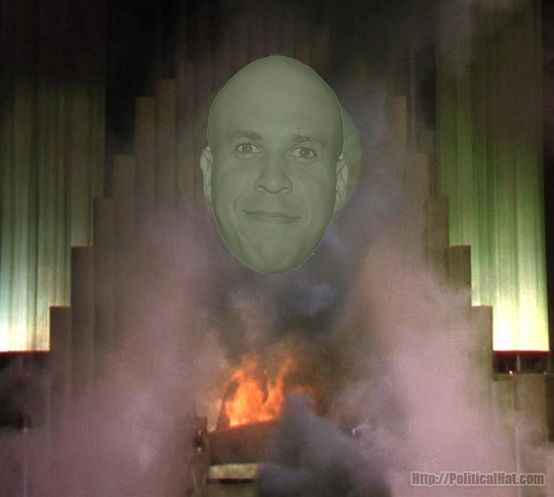 All it not well in Newark, particularly for Booker.  Aside from his insane demands that citizens disarm themselves so as to become pray for criminal thugs, Booker is facing increasing criticism from the people who actually have to live under his overlordship.

Whether the truth is enough to break through Booker’s all-too-false narrative remains to be seen, though the lapdog media will assuredly do everything to prop up Cory Booker, the great and powerful…

This entry was posted in Elections, Progressives and tagged Cory Booker, Democrats. Bookmark the permalink.