The Primary of Cults

Obama’s cult of personality is well known, with children praising him a lightbringer and savior, or even praying directly to him.  But will cult-like politics end when Obama leaves office?  If the current campaign to replace Obama and become the Democratic nominee is any sign, then the answer is no. 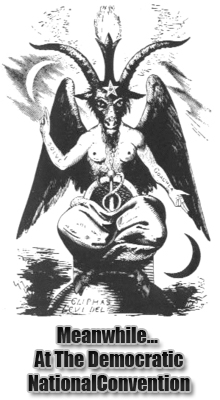 Charles C. W. Cooke points out that allegedly-Euclidean forces are lining up to elevate Hillary above the status of a failed Secretary of State to a cult like status:

“Hillary is an unlikely cult heroine, but a cult heroine she may well become. The Left has astutely noticed and internalized something that the Right either has not or cannot: Before you can turn someone into a political icon, you must first turn her into a cultural icon.”

It is an important point.  Hillary’s fame, much like Obama’s fame, comes not from actual achievement but from a narrative being pushed.  Reality will not be allowed to interfere with such deification.  Hillary Clinton’s apotheosis may prove difficult due to the work of soon-to-be Senator Cory Booker, who has already created an almost Superman type persona of someone who will help everyone with his own two hands in the spirit of community (despite the fact that his “community,” the city of Newark, is a disaster).

At this point, the only way Joe Biden will manage to get the nod is if he appeals to distinctly non-Euclidean powers…

This entry was posted in Progressives and tagged Cory Booker, Democrats, Obama. Bookmark the permalink.

One Response to The Primary of Cults