There is No Family but the State

Posted on September 2, 2013 by The Political Hat

Elementary school students in Illinois are being taught that the government is “like a nation’s family” and that it takes care of the citizens like a family takes care of a child.  As much as the defenders of the worksheet below make this sweeping claim want to say that it was just an analogy, it is less an analogy than yet another step in the direction of destroying the family and using the government as a poor substitute. 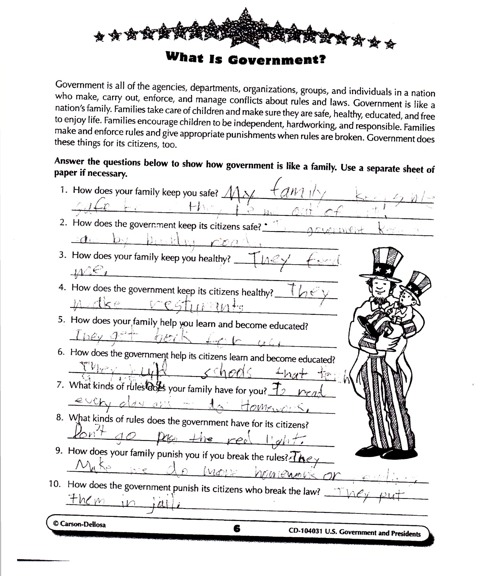 The government is not, and could never be kith or kin, or even a real and organic community of shared values.  The government can only serve as a substitute (abusive) parent to an infantile public.  Already, the state is laying claim to all children as belonging to the “society,” by which the Progressive left means the state.

It become altogether more true as the family is destroyed, illegitimacy becomes the norm, and people become dependent on the state, like a child in the hands of a mentally disturbed mommy.  Without a real family as a societal core, the state becomes increasingly totalitarian in its relationship with the individual.

That is the point for the Left, isn’t it?

One Response to There is No Family but the State