Soon-to-be New Jersey Senator Cory Booker is set to transcend Obama in the realm of both crony corporatist dealing and campaign technology, all at the same time.

In a puff-piece on the civil liberties hating Cory Booker, the “Old Gray Lady” revealed that Cory Booker has been ingratiating himself with the big-wigs of Silicon Valley, including LinkedIn, Facebook, Google, and Twitter. 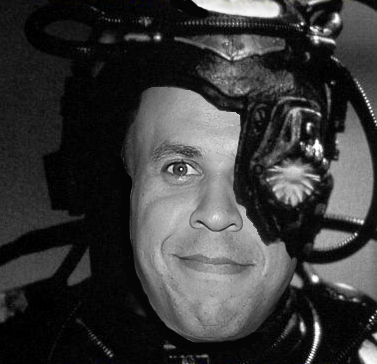 He has done so well to enthrall and ingratiate, that many of these companies top execs to form his own tech start-up.  Of course, Booker doesn’t actually run the company, he just gets the equity and his name attached.  And connection to fat-cat donors, of course.

This dealing has made Booker a multi-millionaire and full fledge member of the “tech” elite.  It’s a good deal for having to do nothing more than be charismatic and get some hard-left donor with deep pockets to swoon, with some going so far as to call him Dear Leader “Thought Leader.”   This partnership goes both ways, with many of the tech executives children getting plum assignment sin booker’s political campaign.

The benefits given to children are not limited to that of the executives of the tech companies, but to the spoiled brats of media executives as well:  “Waywire has put Andrew Zucker, 15, the son of Jeff Zucker, president of CNN, on its advisory board and given him stock options.”  Though even a 15 year old couldn’t stand it, and has since quit.

This unholy trinity of naïve but deep pocketed tech executives with everyone personal data and the ability to utilize it, an ambitious though incompetent mayor, and a media more interested in pushing an narrative than report on the truth create a perfect storm.  Resistance will be futile to the fully integrated machine, which makes Obama’s campaign look like a joke.

Welcome, my friends, to The Machine:

One Response to Welcome To The Machine: Cory Booker’s Technological Corporatism