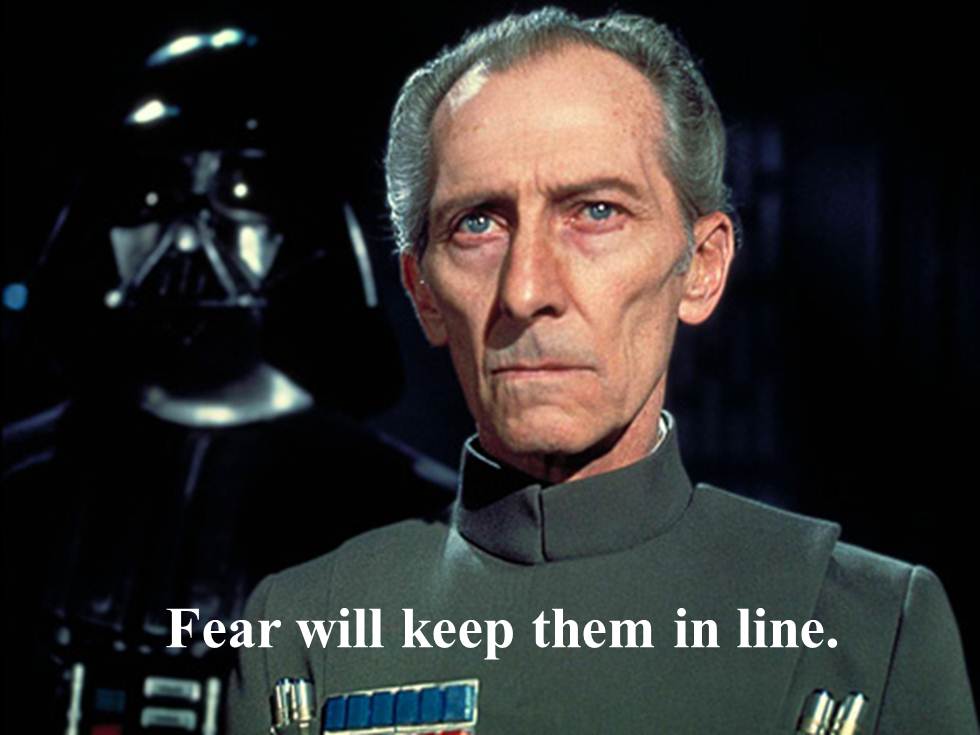 That the Progressives believe that while also believing in “equality” and the worship of the volonté générale, simply underscores the irrationality of their beliefs.

They have become more bold in the past few years, even going so far as to admit that their intent as public officials and civil servants is not to execute the law impartially, or to serve the people, but to change behavior.  IRS’s former director of tax-exempt organizations, Lois Learner, during the IRS-Teay Party scandal even went so far as to claim that “[r]eceiving a thick questionnaire from the IRS, she says, is a ‘behavior changer.'”

This is no aberration, as the EPA has also decided to “crucify” and make examples out of pseudo-random companies in order to rule over the others without complain by sheer force of fear.

Leviathan will make you comply, whether you realize you are being forced or not.

This entry was posted in Progressives and tagged Democrats, Leviathan, Social Justice, Taxes. Bookmark the permalink.

One Response to Progressive Conditioning