Despite the call for practical “green”/carbon free energy sources to fill our growing energy needs, most of the emphasis has been on unreliable wind energy or highly costly and inefficient use solar panels.  While the hydrocarbon boom brought on by fracking may very well lead us to an energy independent future with cheap affordable energy, it is not the only option available that the we have towards this goal.

The one “alternative” energy source that is cost-effective, and has less impact on the environment than hydrocarbons, solar panels, or wind turbines, is nuclear energy.  Unfortunately, due to the obviously necessary government oversight, combined with the inevitable red tape, bureaucratic drudgery, and the  inconsistency of policy from administration to administration, the United States is losing its capability to compete. 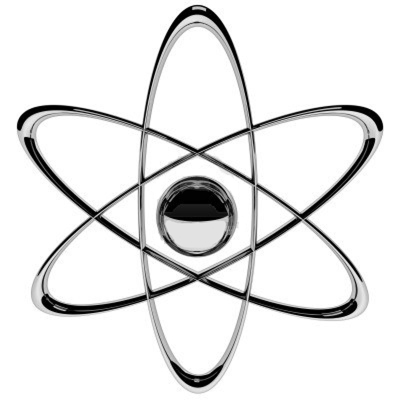 We are already at the point where recycling nuclear energy is decades off, thus leaving us no option but to just bury the used nuclear fuel.  Only Finland and Sweden do not recycle their nuclear waste in any way, and they have already planned proper storage facilities, while the question of Yucca Mountain in Nevada is perpetually unresolved. The greater concern is that the United States is running out of nuclear scientists and technicians.   Nuclear scientists, engineers, and technicians are retiring at a rapid rate and it has been difficult just to replace them in the critical jobs they are doing, let alone be able to innovate or even expand.  This problem is decades old, but continues to accelerate.

The reasons to set a course towards nuclear energy are manifest:

Our energy needs would be best served by an energy source that is inexpensive, is clean and releases little to no pollutants or CO2 into the atmosphere, and can be widely used.  The only proven energy source that fits all three criteria is nuclear power.  Nuclear energy is relatively inexpensive and similar cost-wise more to coal then to solar or wind farms.  Nuclear power plants are also not limited geographically like hydroelectric or wind farms are at present.  Most importantly, nuclear fuel has the potential to be recycled, leaving only a modicum of waste left behind, which is under strict control at all times, thus eliminating the problem of pollution.

For example, a single oxide pellet has a diameter of 8 mm, weights 7 to 8 grams and can produce as much energy as a ton of coal without releasing any pollutants into the atmosphere.  The use of 200 million pellets each year can reduce CO2­ emissions by 1 billion tons of CO2.  The power from 1g of plutonium is the same as up to two tons of oil.

At present, the U.S. does not reprocess, and is only one of three countries in the world that have this policy (Sweden and Finland are the others).  96% of used fuel rods can be reused as mixed-oxide fuels (MOX).  This policy originally had to do with concerns with reactors making fissionable material (e.g. plutonium) as side products, but some reactors can now burn these up.  Little advancement or improvement in U.S. reactors for actual use is happening, though, due to their being very difficult to get built.

Most counties recycle their waste, with France alone having a capacity of 1,600 t/year, and the U.K. with 2,700 t/year.  Many new waste separation processes are under investigation outside of the U.S.  The vitrification (inclusion into a solid matrix with long chemical and materials stability) of the remaining ~4% of the waste material is another area in need of newer and improved study.  Medium term storage (to allow the more radioactive isotopes to decay), and long term storage are already done outside of the U.S. (e.g. La Hague in Europe).  This recycling massively reduces the amount of waste generated by nuclear power plants:  in France, the total amount of waster per person per year is 20 grams!

India and the People’s Republic of China are increasing their nuclear energy capacity and are taking the global lead in this area.  India uses innovative technology that they have been developing domestically, and peaceful nuclear cooperation can help our two democracies, and the environment.  The People’s Republic of China also is investing heavily, with 100 plants scheduled to open by 2010 and 130 by 2030.  These reactors are newer generation reactors, and they are attracting investment and innovative technologies from around the world, including the U.S.

While new recycling R&D is done in the United States, implementation is slow to non-existent.  The U.S. also has a dearth of new nuclear scientists.  With little to no new construction, and shifting of funding, we are losing the intellectual capability to expand our use of nuclear power plants, or even to maintain what we have now.  This is a critical loss that endangers our own domestic industry, but also endangers our national security.  While public-private partnerships exist, both these and private enterprise alone are limited by the security need to limit access to materials as well as heavy regulations and application processes.  Newer generations of reactors that promise to be safer and more efficient are planned, but the development and implementation is being developed abroad, with the People’s Republic of China being a critical example.  At present the U.S. has the Advanced Fuel Cycle Initiative (AFCI), with projects involving universities, national laboratories, and the industry, and is part of the U.S. Department of Energy’s Office of Nuclear Energy, Science and Technology, where all our nuclear technology and capability is held under civilian hands.

The biggest problem is that the U.S. has no long-term vision or policy.  Different administrations and policies can make long term planning almost impossible.  Having a long-term plan and structural pathway to the use and innovation of nuclear power is critical for the energy needs of the U.S.  While other energy sources should not be excluded for use or for research, we should not exclude the clean and affordable use of nuclear energy.  There is great potential in solar energy and perhaps other technologies that we not yet envisioned, but we should not invest exclusively in expensive technologies that, while they show promise, are not yet affordable and reliable.

In summary, nuclear energy plays a critical role in our energy needs, and provides clean and affordable power for millions of Americans.  The difficulty in building new plants, and the limited investment in improving this technology due to the disincentives created by our often contradictory policies.  The prohibition on recycling and the limit on research and development endanger the continued availability of the only power source that is clean, affordable, and reliable.

This entry was posted in Science and tagged Energy, Green, Nevada, Science. Bookmark the permalink.

One Response to Atomic America