A recent study is suggesting that the United States may become energy independent within a couple of decades.  This would be due, to a large degree, on improvements on drilling technology such as horizontal drilling and “fracking” of shale.  The United State is on the path to not only be self-sufficient in oil, but even a net exporter of liquefied natural gas.  The job-creating potential of oil and gas extraction has been shown in North Dakota, and may help lift poverty stricken areas from their morass. 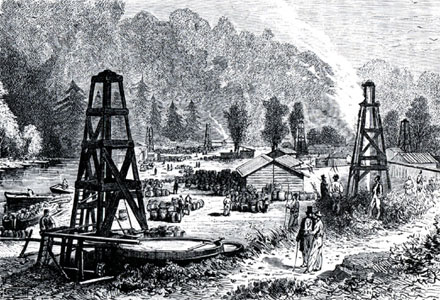 This is a turnaround from the 1970’s when America was threatened by the specter of “peak oil” and a stranglehold by OPEC.  But this turnaround is contingent on companies, large oil companies and small-time wildcat drillers alike, being allowed to harness this cheap and abundant energy.  Under the presidency of Barack Obama, this presumption is doubtful.  Obama has not only subsidized crony “Green energy” companies, but has been attacking drilling in the United States.

Thankfully, this absurd policy will not last forever.  No matter how popular Obama is with his cult of personality, he is still limited to a total of two terms thanks to the 22nd amendment, which reads, in part:

While energy independence and the economic prosperity that goes along with it will happen after Obama, that four year delay is four years of prosperity denied.