Misogyny Of The Left

It has long been the trope of radical Feminists that women had to be able to stand on their own and be free to follow whatever life-path they wanted, without needing to rely on men or “The Patriarchy™.”

This drive to overthrow “The Patriarchy™,” even went to far as to banish the root “-man” from terms such as “chairman” and replace it with the more clunky “chairperson” or simply “chair.”  This is despite “man” originally meaning just a person, with a woman being a “wifman” and a male being a “wer” or “wæpman/wæpnedman.”

Despite the stated desires to abolish “andro-normative” oppression, Feminists have become what they claim to most hate: Weak little things that need a man, or patriarchic substitute, to protect them. 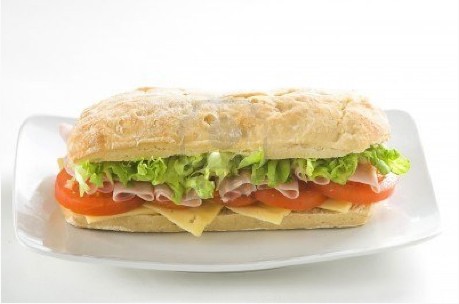 Pictured: The Left's view of "womyn"

The first crack in the oh-so-false façade was seen during the Clinton Presidency.  Clinton was accused of sexual harassment and even rape.  Yet, despite this, the radical Feminists did not attack or even question Clinton; they went after his female accusers.  The radical Feminists did not care about women, they only cared about attaining a few political goals, chief among these being extreme abortion practices.

The second major crack in the radical Feminists’ façade was seen when Sen. McCain chose Sarah Palin for his Vice-Presidential running-mate.  Rather then celebrate a successful reformist governor being on a major party Presidential ticket, the radical Feminists attacked so savagely that no male could do even a fraction of the same to a left-leaning female candidate.

The need to destroy this fictional “Patriarchy™” to free “womyn” necessitates that all “womyn” think in lock-step with the radical Feminists.  If a woman dares think for herself, the radical Feminists will destroy her more viciously than any gentleman would ever dare to even consider the contemplation of!

The third, and most telling, crack in the Feminists’ façade, is now being seen under Barack Obama.  This can be most clearly seen by the “Life of Julia” campaign where a seemingly husband-less “Julia” travels through life totally dependent on patriarchal statism to provide that money and support she no longer need to get from real men.

Indeed, in the left’s and Obama’s worldview, the STATE becomes father, brother, uncle, boyfriend, provider, and lover, all rolled up into one.  In return for this ” Patriarchy™”-free patriarchal statism, all women have to do is vote the way they are told to vote and help bring down the “Kyriarchy.”

But radical Feminism has not come full circle to the past they have professed to hate: A weak woman who needs a man to protect her.  The Republicans’ criticism of Ambassador Susan Rice have resulted in the left calling Rice’s detractors “sexist.”  Apparently “sexist” comments refer to comments assuming a woman’s competency.

The culmination of this, was Obama’s statement that “if they want to go after somebody, they should go after me.”  Obama is acting as the ultimate macho stereotype of a strong man standing up to protect a weak woman.