The “compromise” “Fiscal Cliff” bill was a no win situation for the House Republicans.

With the House passing the “compromise,” now taxes will be higher for some, but lower for others.

If the House had defeated the measure, then now taxes would be higher for some, but lower for others.

It is a no win situation. Either which way, taxes for some would be higher, but taxes for others would be lower. the House Republicans truly faced a Kobayahi -Maru scenario. 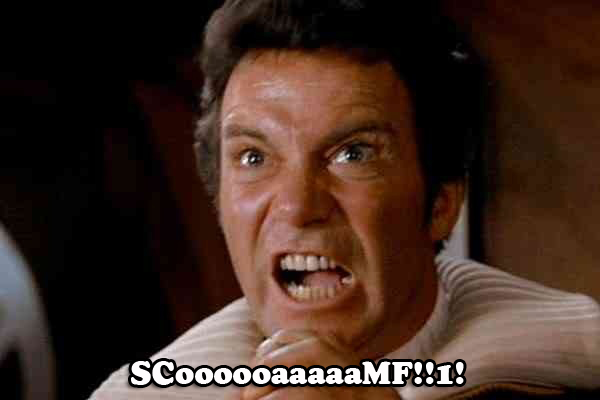 The only difference is which outcome would be strategically preferable.

The Senate bill did have some tax increases (e.g. phasing out of some deductions for high earners). However, many of the tax rate hikes were already the law that was fully in effect. Reducing the tax for the vast majority of Americans is NOT A TAX INCREASE. Even the above noted hikes are at least partially offset by the lower rates for the first $400K or so of income.

If “Plan B” had passed, the House GOP would have avoided that. But because some individuals claimed that “Plan B” was a tax increase, the GOP found itself in the petition it is in today.

Due to the failure of “Plan B,” the House Republicans faced a Kobayashi-Maru scenario: Vote against tax cuts for the Middle class, or vote for tax hikes on some high earners. “Plan B” would have avoided this and given the GOP a symbolic and strategic victory. By not passing that, the House Republicans were going to suffer no matter what.

The Democrats successfully set the Republicans up: Defenestrate the Middle Class to protect “the rich” or to break their tax pledge.

Republicans have gained at least one thing: the Sword of Damocles over taxes is now gone. Instead of a jugular wound, the Republicans now only have a deep gash. Many of these tax cuts are permanent, as is the indexing to inflation of the AMT.

The Democrats have lost their main weapon against the GOP; they have let their hostages go. Taxes are now off the table, and the GOP have much firmer ground on which to stop any further advance.

Taxes were automatically raising for everybody. The Democrats could threaten to let taxes raise for the Middle Class unless they got what they wanted simply by walking away… and then not only blame the Republicans, but get away with it.

They can no longer do that. Preventing taxes raising no longer requires Obama or the Senate to agree therewith. It only requires the House to say no. The Democrats can no longer threaten the GOP with those tax hikes or the blame that would go with it.

The bill was a tactical loss, but could be a strategic victory.

It is better for the GOP to be placed in the position to explain why taxes for a small number of high earners went up, then the alternative: Explaining to the Middle Class why their taxes being raised is so much more important smaller deductions for those better off then them, or a quixotic attempt to lower that tax rates for high earners.

One Response to House Republicans Very Own Kobayashi-Maru