It seems that we’ve gone in the past half century in America from the “they always blame America First” Left who urged America to not meddle in other countries’ affairs and to instead tend to troubles (and government spending), at home to the purported Right who blame domestic soyjacks and their international confederates for meddling in other counties’ affairs and instead tend to troubles (and government spending) at home. Whether this is an example of “horseshoe theory” or just an example of two sides to the same coin is an issue for another debate. The question is ought the more sane and rational people gravitate to when it comes to foreign policy. 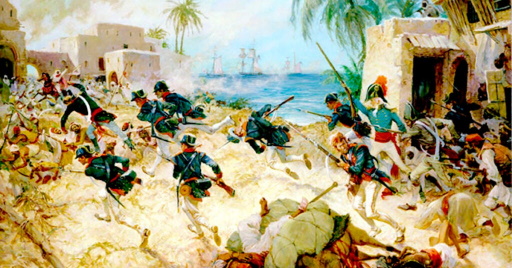 An intellectually informative debate was held recently, with Senator Tom Cotton (R-AR) being one of the highlights.

Sen. Cotton, in particular, laid out a “manly” foreign policy that is outward looking but firmly grounded domestically.

“The charge of policy-makers, said Cotton, is to secure ‘the blessings of liberty’ promised by the Preamble of the Constitution — namely, ‘our safety, freedom, and prosperity.’

“According to Cotton, foreign policy is the ‘realm of prudential judgment and reasoning.’ The Arkansas senator denounced ‘doctrines’ in his remarks, which he said were inconsistent with any kind of conservative foreign-policy approach.

“‘Let us discard the search for grand and abstract doctrines,’ said Cotton, who was also sure to note that a prudential approach was not inconsistent with a principled one.

“Principles, asserted Cotton, must be what guide prudential action.”

Agree or disagree on the particulars, at least it’s a starting place for discussion within the realm of sensibility.

This entry was posted in Uncategorized, War & Terror and tagged GOP, Patriotism. Bookmark the permalink.

One Response to A Strong But Grounded Foreign Policy