If you want to understand where, within and by the Biden administration, Critical Race Theory and its evil ideology centers itself, there would be fewer better places to look than Bettina Love.

“For Love, ‘civics,’ understood as agitation for system transformation, is the very core of education itself. ‘Abolitionist teaching,’ she says, ‘is not a teaching approach: It is a way of life, a way of seeing the world, and a way of taking action against injustice.’” 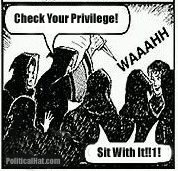 Stanley Kurtz at the National Review Online does yeoman’s work of explaining exactly what Love believes and where the Biden’s administration is headed.

“Ah, ‘Whiteness.’ Love’s book is a veritable font of knowledge about Whiteness and how to abolish it. According to Love, the white teachers who attend her CRT training sessions often feel uncomfortable. I believe her. There is no easy cure for Whiteness. Love condemns white flight to the suburbs, as well as white gentrification of cities. That does tend to reduce the options on your next move. Love identifies schools as ‘spaces of Whiteness and White rage.’ But what precisely is her cure?

“Love’s prescription for the abolition of Whiteness goes something like this: Whites must come to recognize that they are ‘living a racialized life and . . . having racialized experiences every moment of every day.’ Only then can whites speak of justice. More specifically, whites must come to terms with the role played by violence in maintaining Whiteness. That, in turn, requires accepting that their successes in life are merely by-products of Whiteness, and of the violent means used to uphold it.

“So, will recognizing all of this finally free up white people from their Whiteness? Not quite. According to Love, “White folx cannot lose their Whiteness; it is not possible.” Yet there may be another way out. Overwhelmed by the guilt and shame they encounter with the help of CRT, white people may ultimately get free of those emotions by acting in solidarity with dark folx in the fight for justice.

“Even then, however, daunting challenges remain. According to Love, ‘Whiteness cannot enter spaces focused on abolitionist teaching. Whiteness is addicted to centering itself, addicted to attention, and making everyone feel guilty for working toward its elimination.’ In other words, whites must act in political solidarity with dark folx, yet without taking over the movement. Essentially, whites must support the leadership of dark folx, while surrendering their power and position so as to make that happen. All the while, they must remember that their whiteness can never be truly transcended.”

This “Action Civics” doesn’t necessitate equal and opposite “Re-action” but a total undermining of the movement’s lies and deceit.