Big Brother Is Watching What You Eat 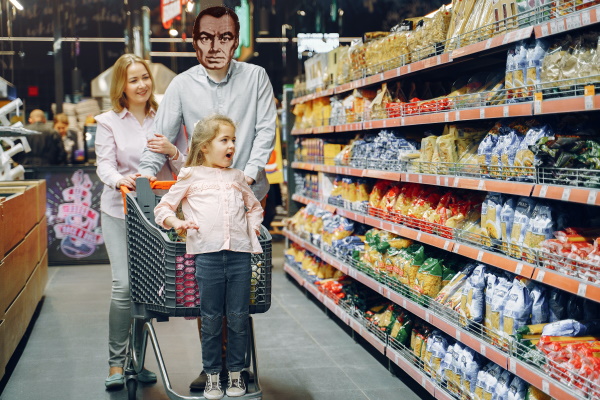 If there was any doubt that the leaders of the U.K. consider George Orwell’s “1984” to be a “how-to” guide, look no further than their schemes to sucker people into letting Big Brother monitor their food purchases in rewards for doubleplusgood rewards.

“Boris Johnson is to launch a government-backed rewards programme for families switching to healthier food and exercising under radical plans to tackle Britain’s obesity crisis.

“The scheme will monitor family supermarket spending, rewarding those who reduce their calorie intake and buy more fruit and vegetables. People increasing their exercise by taking part in organised events or walking to school will also accumulate extra “points” in a new app.

“On Friday night, Lord Stevens, the outgoing head of the NHS, warned that the health service would struggle struggle to cope in future if there were not radical moves to tackle obesity.

“Under the new plan, ‘loyalty points’ accumulated would be exchanged for discounts, free tickets or other incentives.”

Because control of your body via the National Health Service (NHS) just wasn’t enough, and since that is failing they just end up blaming the people they are supposed to serve.

This entry was posted in Healthcare and tagged DOOM, Europe, Leviathan, NHS. Bookmark the permalink.

One Response to Big Brother Is Watching What You Eat