Florida has a new law that restricts participation in sports, aside from co-ed teams, to teams designated by biological sex and not “gender identity”. The law even takes into account medical conditions and allows for sex to be determined by chromosomes, physical aspects, or hormonal aspects, meaning that it is very inclusive of relevant cases, and does not prohibit a “transgender” person from participating but rather just rationally sorts them to the most appropriate team.

However, there are concerns as to how well the law will hold up against a lawsuit brought against it that claims it is discriminatory against “transgender” individuals.

People forget that “gender identity” and “biological sex” are de facto different in the law and practically de jure in academia and increasingly also in society. “Gendered language” such as words like boy, woman, he, hers, &c. are recognized as being associated with “gender identity” and not “biological sex”; that this bill is entitled the “fairness in Women’s Wports Act” could be a problem, then. 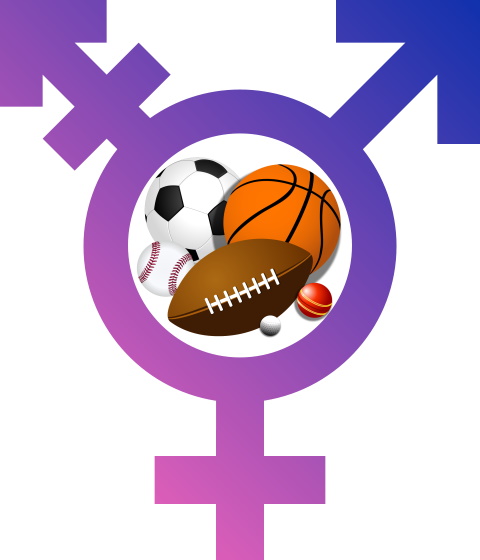 The appropriation of the language and the forced “evolution” of the meaning of “woman”, for example, to mean “person with the gender identity of ‘woman’” instead of “biological female” is the greatest tool the transgender lobby has. As much as people want to say that “gender = biological sex”, that argument increasingly already lost.

Sadly, the problem is much more board than this particular case.

Of course, they deny that “biological sex” is a “binary” or that it really even measurable exists because not only it is considered a “spectrum” but that there are many types of sexes (e.g. chromosomal sex, hormonal sex, physical sex, brain sex, &c.), and rare medical conditions are put forth in a “false dilemma fallacy” to declare that the “binary” doesn’t exist at all by presenting all these “sexes” as if they are independent of one another.

The truth of the matter is that absent a medical condition (which usually also involves infirtility), an XX chromosome pair results in a person being a female and a XY chromosome pair results in a person being a male, and that further there are physical and actual physiological differences between the sexes, but acute and statistically significant. While there are variations such that some woman may be a better soccer player, for example, than some man, they are variations centered around two different core starting points. Rather than a “spectrum” of masculine vs. feminine as the starting point, it is two different things each with their own variation which might overlap on some measured aspect or another. In other words, “masculine” and feminine” exist because people observed differences between males and females, and not because they are “social constructs” that were “assigned” to males and females in order to create a “system of oppression” against those whose “assigned gender” doesn’t match their “true gender identity”.

But even the idea of biological sex is being questioned by laws that allow people to change their designated sex on birth certificates or drivers licenses. Soon, the natural and simple words that used to be associated with biological sex will all apply solely to “gender identity” which will make it not only seem normal to think that way, but that people always thought that way and serve as a tool for gaslighting. People who talk about differences in biological sex will need increasingly less common and unusual words to describe this, which will result in people talking that way appearing to be weirdoes.

Heck, we are already seeing “gay” and “lesbian” no longer meaning attraction to the same sex, but to attraction to the same “gender identity”, and that anyone who is attracted to the same or the opposite sex are labeled “transphobic” for having a “weird genital fetish”. This is the argument used in the case that the Supreme Court refused to take up and thus let stand where a “trans-man” didn’t want to use the “girls” restroom: A biological female would be freaked out if a “man with a vagina” used the same restroom because they presented themself as a different “gender identity” but would be more comfortable with people of either biological sex just as long as they acted or presented themselves as the same “gender identity”.

The text of the bill can be read below:

One Response to The Florida “Transgender Sports Ban”