A Final Solution As A Permanent Cure

Declaring political dissidents and “undesirables” as irredeemably insane is a hallmark of the old Soviet system. Incorrect thinking became a disease since only a crazy person would ever disagree with the “proven” dialectic science, after all. But when you consider the Soviets aimed to “liquidate the Kulaks as a class”, and under Cultural Marixsm and Critical Race Theory it is Whites who are the new Kulaks, I think we all know what the “Permanent Cure” entails…

“Whiteness is a condition one first acquires and then one has—a malignant, parasitic-like condition to which ‘white’ people have a particular susceptibility. The condition is foundational, generating characteristic ways of being in one’s body, in one’s mind, and in one’s world. Parasitic Whiteness renders its hosts’ appetites voracious, insatiable, and perverse. These deformed appetites particularly target nonwhite peoples. Once established, these appetites are nearly impossible to eliminate. Effective treatment consists of a combination of psychic and social-historical interventions. Such interventions can reasonably aim only to reshape Whiteness’s infiltrated appetites—to reduce their intensity, redistribute their aims, and occasionally turn those aims toward the work of reparation. When remembered and represented, the ravages wreaked by the chronic condition can function either as warning (‘never again’) or as temptation (‘great again’). Memorialization alone, therefore, is no guarantee against regression. There is not yet a permanent cure.” 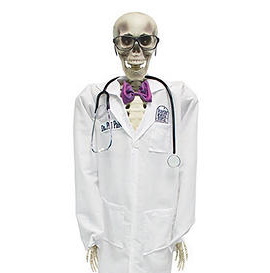 ‘Twould seem that the only “Permanent Cure” is a new “Final Solution”?

One Response to A Final Solution As A Permanent Cure