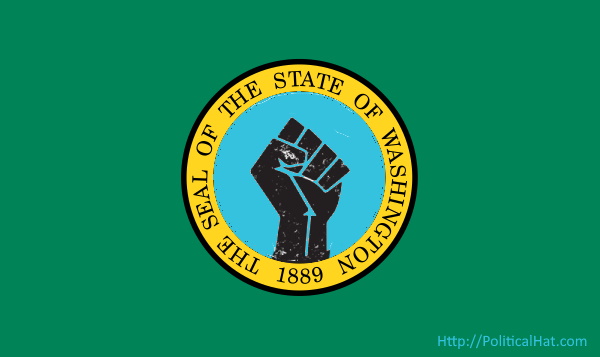 Despite many, many states standing up against Critical Race Theory, some states are embracing institutional racism, such as the state of Washington under the guise of “cultural competency”:

BE IT ENACTED BY THE LEGISLATURE OF THE STATE OF WASHINGTON:

NEW SECTION. Sec. 1. (1) The legislature finds that state resources have been invested to:

(d) develop a plan for the creation and delivery of cultural competency training for school board directors and superintendents.

(2) The legislature plans to continue the important work of dismantling institutional racism in public schools and recognizes the importance of increasing equity, diversity, inclusion, antiracism, and cultural competency training throughout the entire public school system by providing training programs for classified staff, certificated instructional staff, certificated administrative staff, superintendents, and school directors that will be provided in an ongoing manner.

This is not only bad, but likely illegal according to the Washington Policy Center (via Legal Insurrection):

Lawmakers are considering bills to mandate Critical Race Trainings; SB 5044, for staff of K-12 public schools, SB 5227, for staff of public colleges and universities, and SB 5228, for students at Washington’s public medical schools. In addition, SB 5228 would establish illegal quotas for admission to medical school based on race.

At public hearings, lawmakers received the following analysis about these bills.

Enacting a government policy of judging others by their appearance will likely lead to more conflict and legal challenges in the state’s public education system.

People pushing “anti-racism” like to posit a manichean false dilemma falacy of either “White Supremacy” or an equal and opposite “Anti-Racism” supposedly equalizes outcomes to create “equity”, and dismiss being non-racist as “racism” because they view “BIPOC” and “Whites” as inherently different based on race essentialism and that a “White society” is inherently “racist” and must be stomped upon the face by a woke boot forever.