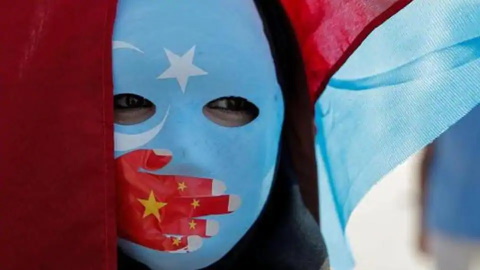 So secure is the Communist leadership of China in their belief that they can do whatever they want with absolute impunity, they have the gall to declare this as a wonderful thing, including declaring the forced sterilization of Uygher women and the abortion and even outright infanticide of Uygher children by saying that “the minds of Uygur women in Xinjiang were emancipated and gender equality and reproductive health were promoted, making them no longer baby-making machines” and that “[t]hey are more confident and independent”! 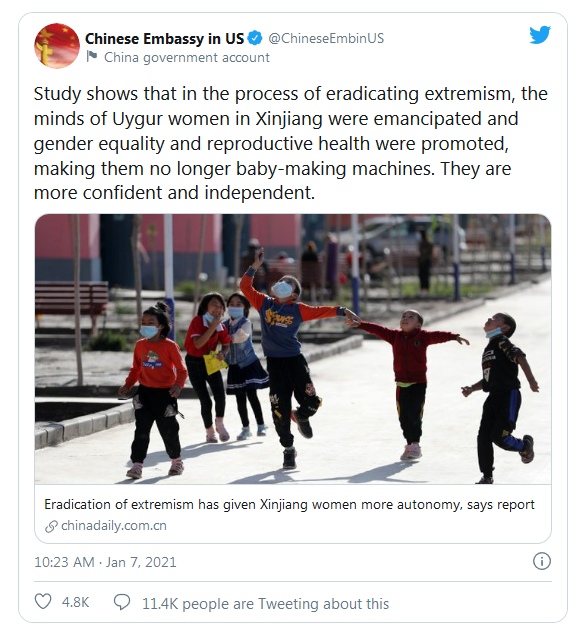 The Chinese Communists admit that “Family planning policies have been fully implemented in the region in accordance with the law” and even cite the reason for their genocidal policy:

“The Uygur population grew from 10.2 million in 2010 to 12.7 million in 2018, an increase of more than 25 percent, while the population of Han people in the region increased by just 2 percent to 9 million over the same period.”

Perhaps the only reason people are horrified by The Holocaust but not so many other genocide wasn’t because of the genocide per se, but because both sides of the Cold War found it a useful cudgel against a common enemy, an not an inconvenient fact to be justified like it was in the Soviet Union or it’s useful tools in the West.

This entry was posted in Progressives and tagged Communism, DOOM, RIP, War on Women. Bookmark the permalink.