An English Professor at the University of California, Berkeley—who of course specializes in, in part, Critical Theory and Gender & Sexuality Studies—has come out lauding that liberal value of … book theft and book burning.

Since some ppl have misunderstood my tone, and censorship is an important matter and as a public educator I have a duty to be precise, let me clarify:

🚫 I do NOT advocate defacing library books.

✅ I DO encourage followers to steal Abigail Shrier’s book and burn it on a pyre. 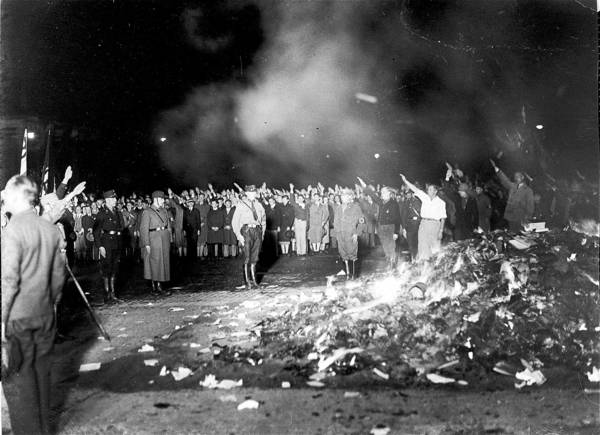 Pictured: A typical day on the campus of the University of California, Berkeley.

And just what is the justification? That is it like a “contaminated idea” akin to a “contaminated crop” that can be stolen and burned. Why?   Because said Professor invokes the Karl Marx’s concept of “alienated labor” and it’s OK to burn the book (or presumably any commodity waiting to be sold) because the people who physically put the book together don’t own the books.

Plz make sure you use a safe pyre, and that you have an extinguisher to hand. Be safe, when you are burning books.

Remember: all you’re doing is removing a commodity from circulation—much as one might destroy a contaminated crop, or take action if a distributor failed to do so.

The book that prompted this is a book critical of transgenderism by Abigail Shrier entitled “Irreversible Damage”.

Why did this book critical of “gender dysphoria” trigger this Berkeley Professor?   Perhaps because said professor not only embraces ideas that are “notoriously dubious in a philosophical sense”, but outright declares that “[m]y work in trans feminist studies is likewise focused on the belief that transition works; that it is truly possible to change sex.”

No wonder why there is such rage against a book that questions the Professor’s magical thinking.