In order to push the narrative that “Whiteness”=“Oppression”, it is necessary to erase the  inconvenient truth contrary thereto. And what better way to do that then to desecrate a statue to Matthias Baldwin, an abolitionist who also directly funded and supported schools for Blacks. 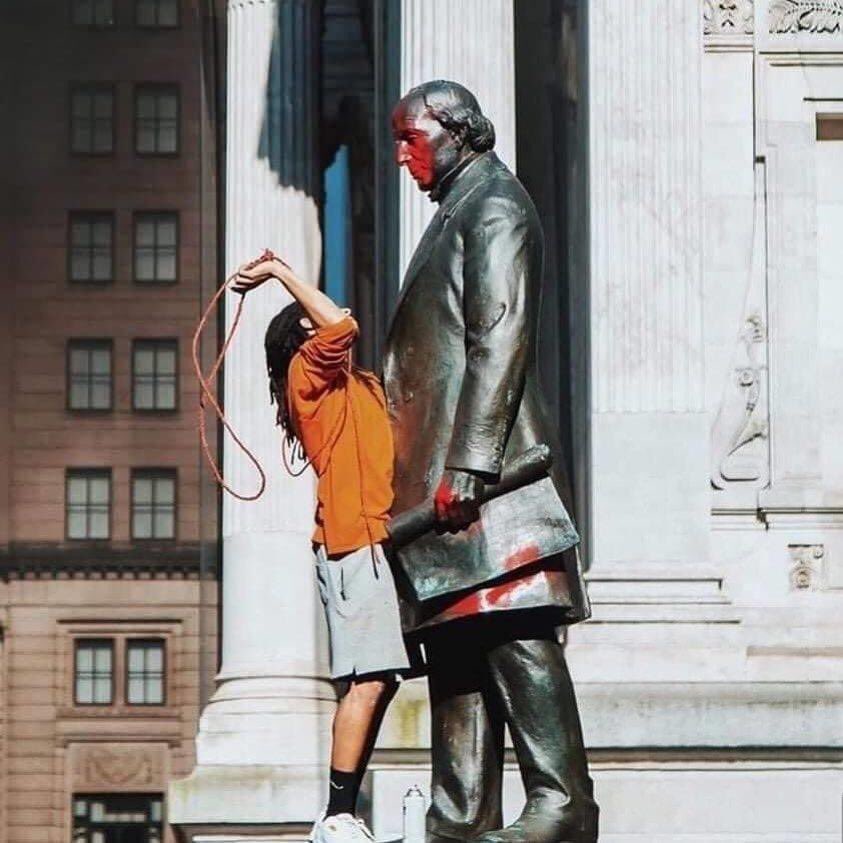 Why desecrate this statue of someone who actually believed that Black lives mattered? Because it is a reminder that at its core, America is good and that slavery was something at odds with that, and would never last.

This isn’t even the only example of a statue of an abolitionist being vandalized, as can be seen by the case of this statuue of abolitionist John Greenleaf Whittier:

John Greenleaf Whittier 1807-1892 another one of my dad's distant cousins (2nd cousins 7x removed) was desecrated – he was a prominent Abolitionist. Why he deserves this treatment I will never understand. https://t.co/13WVRz5FvWhttps://t.co/uKBheakAt5https://t.co/d7XSOxEMId pic.twitter.com/caqyCklrKC

It is an evil ideology it is when the abolition of slavery is considered a sin worth condemning someone for… at least when the “White man” does it.

Or perhaps some people do find it racist, and find it to be symbol of White Paternalism. And so it goes: Support slavery and racial oppression, and you are evil; do nothing and you are supporting the “system of oppression” that is society; actively support the rights and dignity of those who are Black, and you are oppressing by treating them like children under oppressive paternalism.

It is all about the narrative: “Whiteness” must always be seen as the evil.

But this goes beyond just Baldwin. In Portugal, a statue to Padre Antônio Vieira was vandalized, despite his active opposition to slavery and the inquisition.

These desecration have gone so far as to graffiti a memorial to the millions upon millions of people killed by Communism.

(2/2) The culprits are not yet known. The site has been targeted by socialist extremist and Antifa groups in the past. pic.twitter.com/YGSEwiCa4e

Nothing better demonstrates that these little monsters don’t care about oppression, but only in pushing their evil ideology.

"Destroy the old world; Forge the new world" – #CulturalRevolution poster from 1968. The brave new world created by Mao and his henchmen had an estimated death toll that ranged from hundreds of thousands to 20 million. pic.twitter.com/kKKSML1fYG

One Response to When “Anti-Fascism” Means Opposing Abolitionists