Posted on February 6, 2019 by The Political Hat

In “Monty Python and the Holy Grail”, there is one scene where a man being carried over to be taken away as dead expresses that he is quite alive…

Belgium, in order to dispel the notion that the Dutch could outdo them, have gone full in on killing depressed people who are seeking actual help.

“This week, the European Court of Human Rights in Strasbourg agreed to hear the case lodged by the Alliance Defending Freedom on behalf of Tom Mortier, after Belgian courts refused to allow him to seek justice for the death of his mother.

“Robert Clarke, one of Mr Mortier’s lawyers, said there were some ‘deeply worrying’ details about the case. ‘This was a woman who was under the care of a psychiatrist and according to medical definition was a vulnerable person,’ Mr Clarke said. ‘The state had a duty of care to protect her and it failed.’

“In April 2012, Godelieva De Troyer, who was 64 and in good physical health, but had a history of severe mental health problems, was killed by lethal injection by Wim Distelmans, Belgium’s leading euthanasia proponent and provider. Her son Tom Mortier was only informed when ‘hospital officials asked him to come to the morgue to fill out the paperwork necessary for turning over his mother’s remains to the department of experimental anatomy, per her request.'”

“Prof Distelmans, has also authorised a number of other controversial euthanasia cases, such as that of 45 year old deaf twins, and a 44 year old whose sex change operation had failed. In a breath-taking conflict of interests, Distelmans is also co-Chairman of the Federal Control and Evaluation Committee that monitors euthanasia cases since its inception.

“The case also implicates the psychiatrist who authorised Mrs de Troyer’s euthanasia request. Dr. Lieve Thienpont is one of three doctors currently facing trial accused of certifying a woman as autistic so that she could die by euthanasia. The family of Tine Nys, who died by lethal injection at the age of 38 in 2010, say that she was in fact suffering after a relationship breakdown, and was never treated for autism. Dr Thienpont was accused by nine fellow psychiatrists of being responsible for ‘probably close to 50%’ of euthanasia cases for psychiatric disorders in Belgium.” 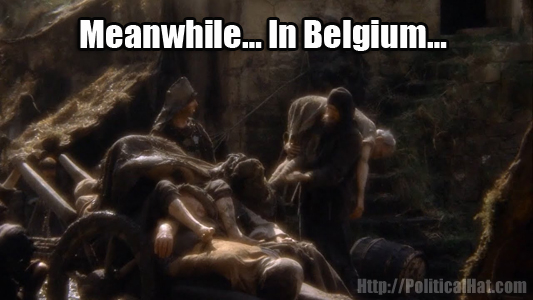