Canada, ever on the forefront of normalizing death as a “safe and effective” medical procedure, not only wants to euthanize minors, but make sure that this happens without parental consent… or even knowledge. 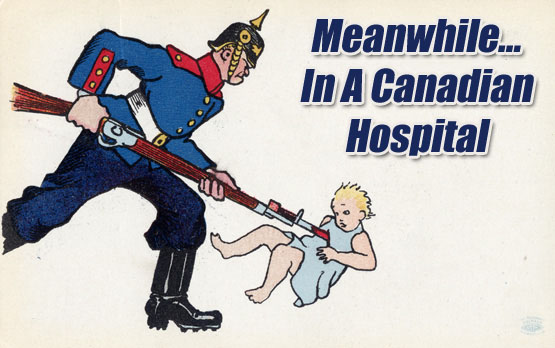 An article in “Journal of Medical Ethics” makes the case for it:

“In a flowchart that outlines how a medically induced death would occur at Sick Kids, authors Carey DeMichelis, Randi Zlotnik Shaul and Adam Rapoport do not mention conversation with family or parents about how the child dies until after the death occurs in the ‘reflection period.’

“Patient confidentiality governs the decision about whether or not to include parents in a decision about an assisted death, the authors said. If capable minors under the age of 18 stipulate they don’t want their parents involved, doctors and nurses must respect the patients’ wishes.

“The proposed policy for Sick Kids argues that there is no meaningful ethical distinction between a patient choosing to refuse burdensome treatment and accepting an inevitable death versus patients who choose to die by chemical injection before the disease brings on death. Legally, Ontario does not require parents to be involved in a capable minor’s decision to refuse further treatment, therefore there is no legal reason to require parent involvement in an assisted death, according to the Sick Kids policy.”

Can you imagine anything more devastating than a representative of a socialized “healthcare” system, where they have to severely ration resources and care, tell you that they convinced your child to kill themselves after the deed was done?

What is perhaps most frightening is that this comes shortly before the Council of Canadian Academics is to publicly release a report on medical assistance in dying to the Canadian Parliament.

After all, when the government straight up killing your kid is considered “safe and effective”, one must ask themselves if there is any horror that the Canadian government isn’t capable of perpetrating?