All Saints Church in Kingston-upon-Thames, a part of the established Church of England has decided to celebrate Mohammed as Prophet… and also some guy named Jesus. 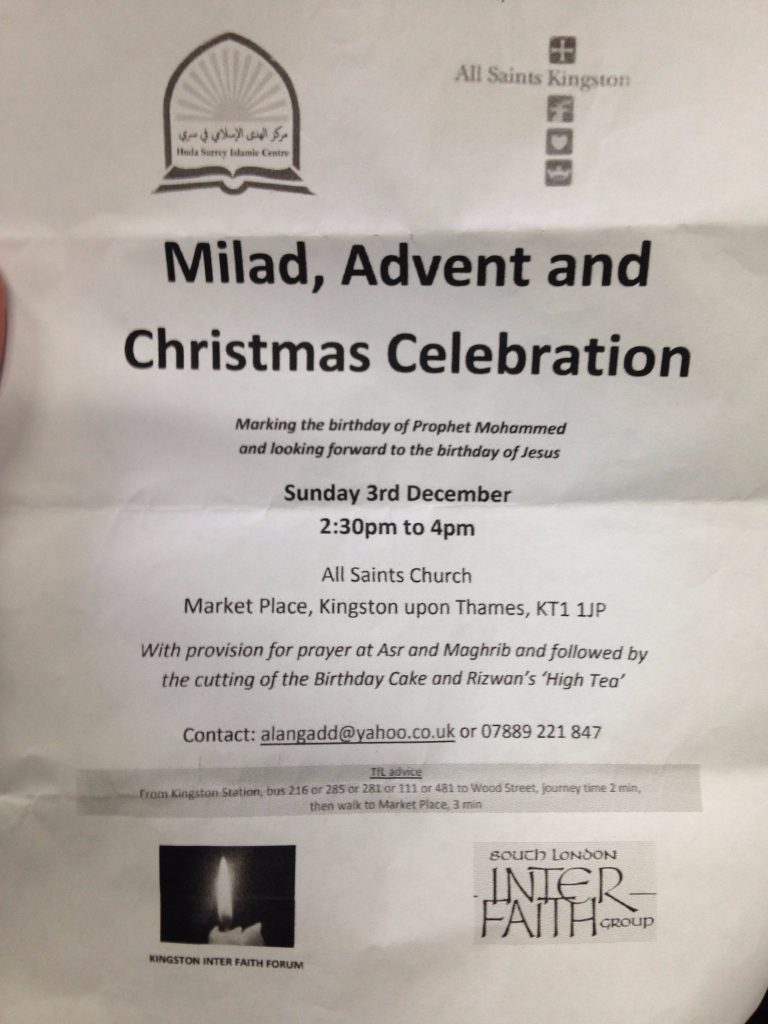 “[N]ote how this event is “Marking the birthday of Prophet Mohammed”, but not looking forward to the birthday of the Lord Jesus Christ, the Son of God. Mohammed gets his prophethood, while Jesus gets neither his prophethood nor his priesthood; neither his kingship nor his messiahship. It’s the exalted Prophet Mohammed along with plain old Jesus, because to have added any of his claims to divinity would, of course, have alienated many Muslims (if they hadn’t already been alienated by the haram celebration)”

To these “cosplay Christians“, the actual tenets of Christianity are something to be ignored and instead Jesus cited as some guy who “had been nailed to a tree for saying how great it would be to be nice to people for a change”. Yet, they celebrate Mohammed as a Prophet, a clearly religious acclamation that they are not even giving their purported lord and savior!

English churches have an increasing tendency to celebrate Mohammad as Prophet and even going so far as to allow explicit denials of Jesus’ divinity to be declared as truth.

So, why don’t they just convert to Islam and state these views with a bit of honesty as they see it? Because Islam is a useful tool to destroy Christianity, and their maintaining the increasingly laughable position as the official word on Christianity in England allows them to better preclude actual Christians from being heard or given credence. All this in an attempt to help destroy Western Civilization while maintaining the delusion that they will be the successors who will reshape England as they see fit.

Update: An online flyer directly from the “interfaith” group organizing this shindig is noted below. 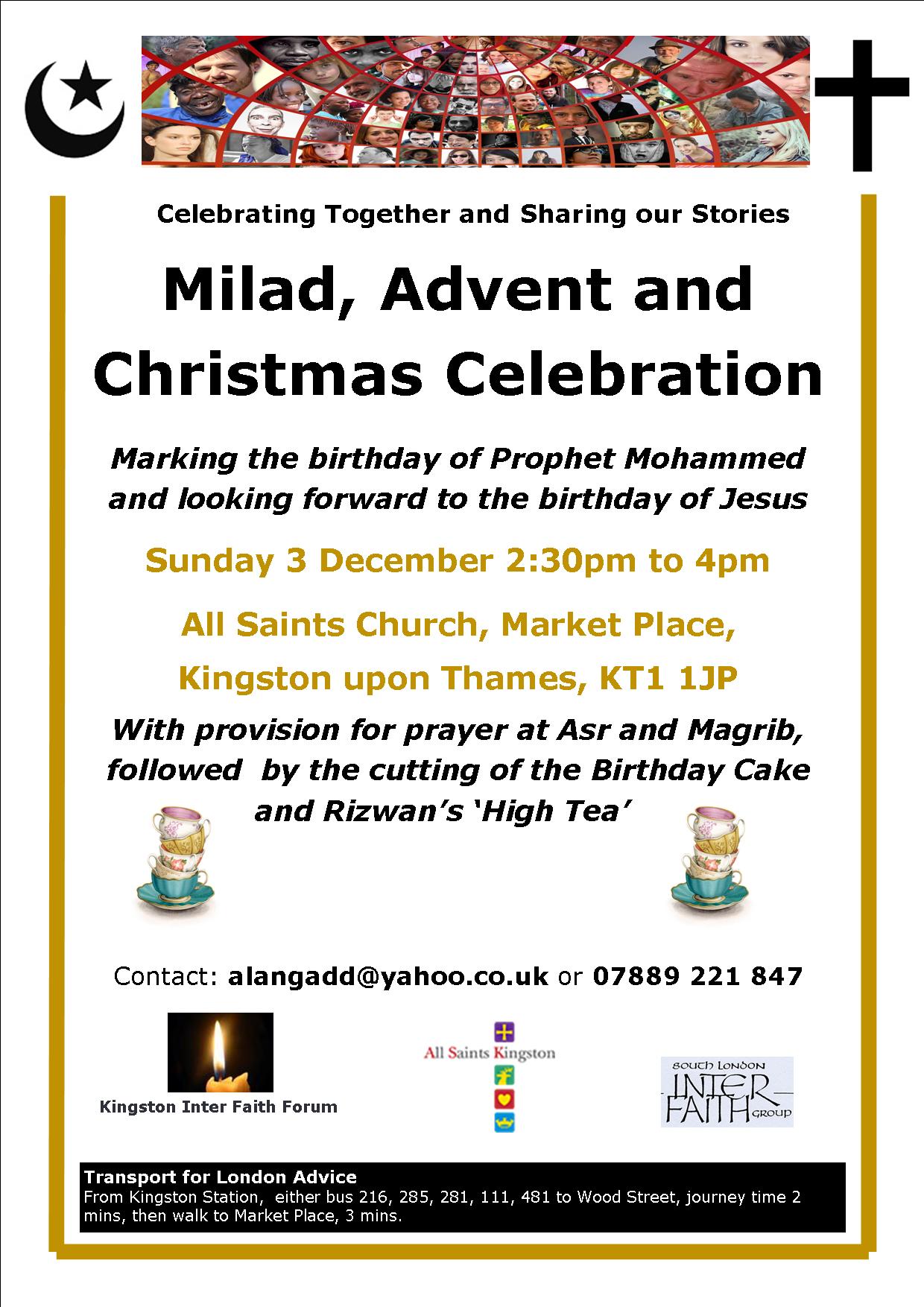 This entry was posted in Progressives and tagged DOOM, Europe. Bookmark the permalink.