The Sinicization of Neocolonialism

Posted on December 6, 2017 by The Political Hat

With the rush to “decolonize” Africa starting from the abandonment by France, Belgium, and the United Kingdom, to the aftershock of the Carnation Revolution, and onto the beginning of de facto one party dictatorship of the ANC in South Africa, the blind obsession to eschew all the influences of Western colonial powers created a vacuum that was soon filled up with Marxism (both classical, and more recently cultural)—ironically enough thus embracing a European originating philosophy that was even more alien to their own (despite the claim that the world was a socialist utopia before those eeevil White people showed up.

Even then, the excuse for the various African leaders/dictators as to their failure upon eschewing Western colonial influence and embracing outright submission to European ideas (i.e. Marxism) was to blame it on “neocolonialism” of companies who wished to impose “colonialism” by engaging in commerce and pursuing other business opportunities in Africa.

However, not all the new external “neocolonialism” comes from Europe. Oh, it still does have Marxist origins, but this “neo-neocolonialism” is far more Eastern in it’s origin:

“The men who plotted the overthrow of Zimbabwe’s long-serving President Robert Mugabe asked China for permission first, according to The Times of London.

“The Times reported Tuesday that one of the coup leaders, General Constantine Chiwenga, had met China’s defense minister Chang Wanquan in Beijing last Friday, in what it styled as a sounding out of the country that has kept Zimbabwe’s economy afloat in recent years.

“It is a stark illustration of how China’s huge expansion of overseas investment and trade is translating into hard power, especially in a continent that was previously the playground of Cold War superpowers and, before them, European colonial powers such as Britain and France.” 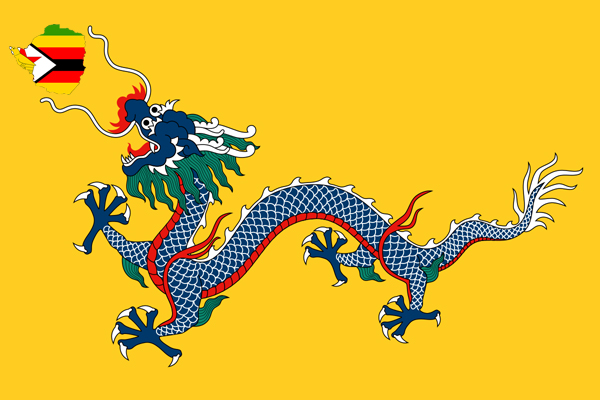 With Mugabe now having resigned, the old Marxist influence, being Soviet in nature, is being replaced with the long grasp of Communist China: The dragon has superseded the bear.

Ah, the irony of Ian Smith’s Rhodesian government, which consisted of people who lived, worked, and cared about the country was deemed evil because of the color of their skin, and their Anglo-spheric governance which had helped make the country the “breadbasket of Africa” was happily replaced with poverty, hyperinflation, and dictatorship, being now in the hands of a distant Communist power which happily represses their own people in a way that Ian Smith would not even consider thinkable!

And this isn’t just diplomatic influence or fellow non-European countries being all buddy-buddy. It is the outright dictionary definition of “neocolonialism“:

“Chinese loans to Zimbabwe have helped stabilize the country in recent years after Mugabe’s disastrous economic policies led to a devastating bout of hyperinflation. The African country now uses the dollar as its currency, but the dollars effectively come not from the U.S., but from China’s $3 trillion stash of foreign reserves.”

Yet this is acceptable, while Western influence is not? The Communist Chinese have the politically correct benefit of not being the wrong race…

This entry was posted in Progressives and tagged Communism, DOOM, Leviathan. Bookmark the permalink.

One Response to The Sinicization of Neocolonialism