Revolution of the Elites

The common trope regarding revolutions is that the masses, united somehow, stand up against their elite oppressors in order to liberate said masses and create a utopia (which invariably is corrupted by impure elements like “wreckers” or “kulaks”).

However, organizing and leading a revolution or rebellion requires freedom and privilege that the oppressed masses do not have…

“Because misery doesn’t cause revolution, whatever you may have been taught. Not in Venezuela, not in Iran, not in North Korea. Certainly the citizens in those countries are miserable, but I don’t think that revolution is about to erupt in any of them. I think that politics is an independent variable, not, as the Marxists would believe, the outcome of certain social conditions. Its causes are spiritual, not material. I think that revolution is an act of hope, not a last, desperate throw of the dice. The revolutionaries think they can change the world, and they think—nowadays, at least—that powerful forces are working on their side. Modern jihadis think Allah is fighting alongside them, for example, while Soviet dissidents believed democracy was a global force aimed at tyrants. Most Iranians believe that nothing of great import ever happens without the involvement of the Dark Forces (CIA and the Queen of England above all). Etcetera.”

…but that the pampered few, who nonetheless felt denied their oh-so-obvious greatness, indeed do. 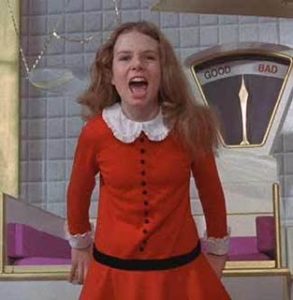 Case in point: The French Revolution.

Alexis de Tocqueville noticed this when he wrote of the prime movers of said Revolution:

“And why was it that men of letters, men without wealth, social eminence, responsibilities, or official status, became in practice the leading politicians of the age, since despite the fact that others held the reins of government, they alone spoke with accents of authority?”

“It was not by mere chance that our eighteenth-century thinkers as a body enounced theories so strongly opposed to those that were still regarded as basic to the social order; they could hardly be expected to do so otherwise when they contemplated the world around them.”

For while imperfections were found, these so-called elite, rather than understand the roots of the problems, substituted their own theoretical fantasies, and designed to impose those delusions no matter what.

“[I]t was natural enough that thinkers of the day should come to loathe everything that savored of the past and should desire to remold society o9n entirely new lines, traced by each thinker in the sole light of reason.”

It is clear then, that revolutions in the modern sense are not created by oppressed massed desiring to be free, but by a disgruntled elite out for revenge and for their own apotheosis as intelligent designers of a utopia their new Eden.

This entry was posted in Progressives and tagged Communism, Europe, New Feudalism. Bookmark the permalink.

One Response to Revolution of the Elites