The association of milk with colonialism, oppression, and White supremacy has been a long running trope among the insane and woke (apologies for the redundancy) Left, to the point of their denial of evolution. 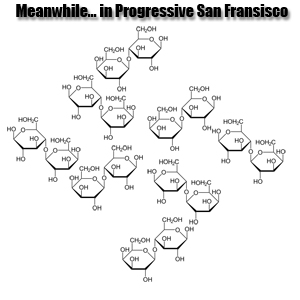 Ironic, then, that San Fransisco schools have apparently embraced the White supremacy of oh-so-White milk by… banning chocolate milk!

“Students from elementary through high school grades will no longer be able to enjoy this cafeteria staple in the coming school year, the San Francisco Chronicle reported.

“Chocolate milk will officially be banned in elementary and middle grades in the fall followed by high school in the spring as school officials seek to dictate what is considered healthy for students.

“Los Angeles Unified School District eliminated chocolate milk for six years, but after a study of 21-schools last year, the district reversed its decision in order to ‘increase milk consumption and reduce waste,’ according to the Chronicle.”

In other words, plain and oh-so-White milk is good, while the “brown” milk is seemed bad, according to the Progressive idjits in San Fransisco. Woodrow Wilson would be so proud.

This entry was posted in Education, Progressives and tagged derp, FAIL, Social Justice. Bookmark the permalink.